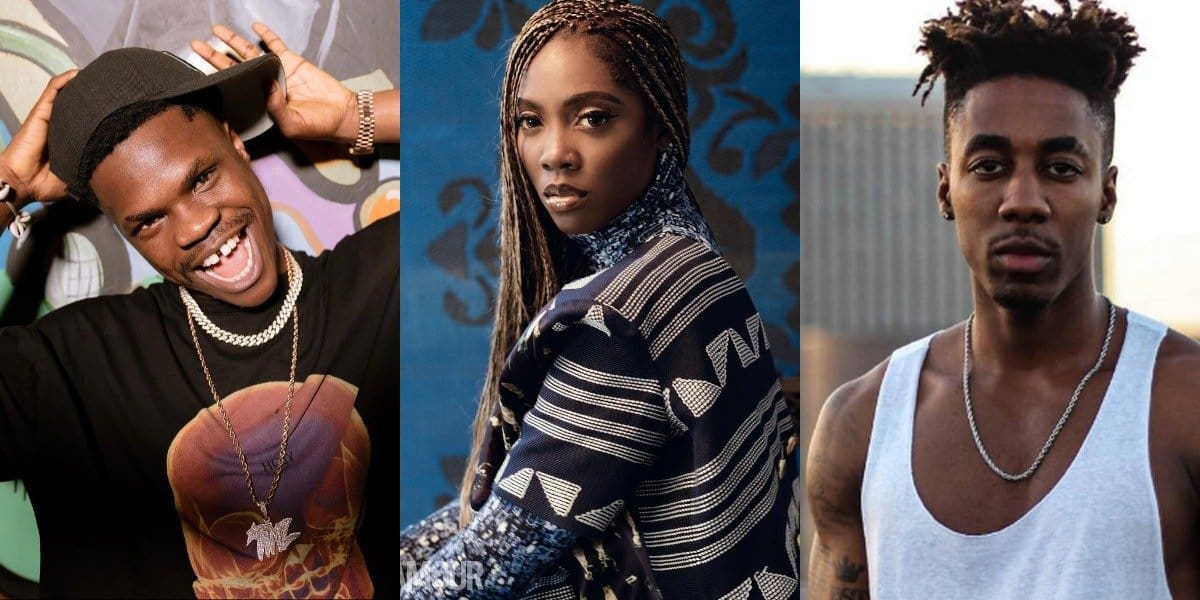 That’s where our Songs of the Day column comes in. We’re doing the work to stay on pulse with all the music coming out from across the continent and beyond, bringing you exciting songs of tomorrow: today. Earlier this week, we had soothing music from Flavour, MzVee, 9ice & many more. Today, we’re bringing you new music from Tiwa Savage, BadBoytimz, Dax, Nasty C and more. Tap in.

Earlier in the year, Tiwa Savage released her highly anticipated 5-track EP ‘Water & Garri’. The Brandy-assisted standout track “Somebody’s Son” is an upbeat love tune that showcases both artists’ vocals. The track finds both artists singing about the love that they want and desire for themselves. Now, Tiwa Savage and Brandy have teamed up to release befitting visuals for the track. The Meji Alabi-directed video finds both artists singing to their respective muses, expressing what they want for themselves in detail. The video which goes hand in hand with the theme of the song is a playful yet captivating video that visually tells the story they may have tried to portray.

BadBoyTimz had a good run delivering hit tunes throughout the year 2020. After taking a short break from releasing music, he is here with his first official solo single of the year “Move”. The uptempo Afropop track is a very danceable catchy tune that gains your attention even on first listen. On the feel-good track, he sings “Move from side to side, bounce am back we go do all night”. This track is one that may take over the clubs soon enough.

Dax collaborates with Nasty C for a Hip-Hop tune titled “40 Days 40 Nights”. Over the heavy production of the beat, Dax takes the front stage as he spits heavy bars over the mid-paced production of the track. He uses the track to speak about his standing in the scene and discuss how hard he has worked to get to where he currently is. “7 days without work makes one week, I ain’t weak I don’t break so I’m working through the weekends”, he quips in the song’s opening moments, setting the scene for what’s to come.

Zambian-born South African singer and songwriter and producer PatricKxLee, first garnered attention from his SoundCloud days. On the release of his new since “Spirit Bomb”, he speaks on being unique, different, and in his own world. On the hook of the track, he quips “I can’t be me, in silence, I see the unseen, outside us, outside us outside us”, blending different melodies together.

Founder of 44db producer collective Tochi Bedford is here with new single “Outside”. The self-produced track which happens to be the lead single off his forthcoming sophomore EP ‘After Eternity’, is an alternative tune that finds the artist speaking about the realities of his phases. On the hook, he quips “Yeah I’m standing outside so it’s fuck the world/Trying to reach out so i cover my face”.