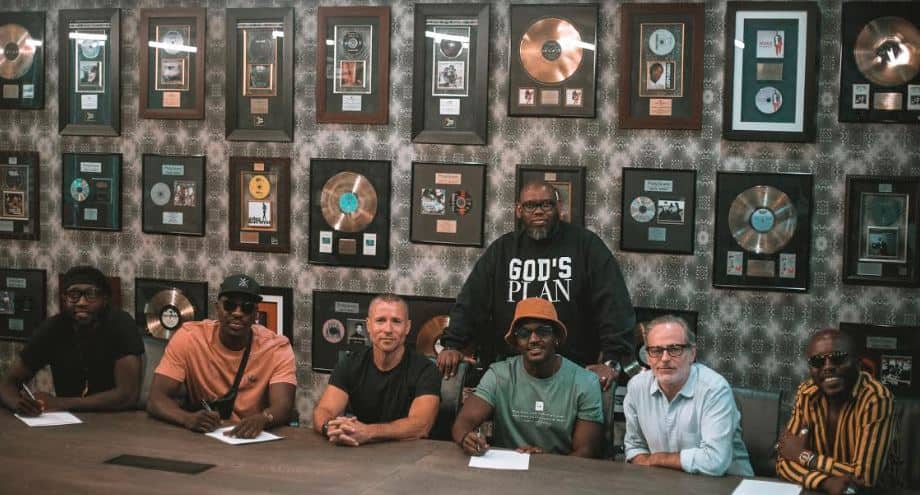 Sauti Sol has grown from being an acapella group formed in Nairobi in 2005 to become an international award-winning group with successful tours across Africa, America and Europe. Following their latest album “Afrikan Sauce”, which was an important moment for Pan-African music collaborations, the Kenyan band has now signed an exclusive recording deal with Universal Music Africa, a division of Universal  Music Group (UMG) that will allow the band access to a global network of recording opportunities.

The band has remained dedicated to spreading their cultural heritage to the ends of the world and the contract with Universal Music Africa is expected to help them reach new audiences whilst remaining loyal to their home-base fans.  fanbase with bold, creative campaigns that will engage a new generation of fans throughout Africa.

The MD of Universal Music Group (South Africa & Sub-Saharan Africa), Sipho Dlamini told NATIVE; “We are delighted to announce our partnership with Sauti Sol, one of the most innovative and creative groups to have broken through from Africa in recent years. We look forward to working together with them to ensure they are able to authentically celebrate Africa through music and to help introduce their unique blend Afro-pop to new listeners everywhere.”

Having already received international recognition from their past projects, tour and awards, the effect of the UMA deal is expected to reflect in the record label the band formed last year, Sol Generation Records. They have expressed that the sole aim of creating their own record label is to develop and introduce new live African acts. The label has become even more attractive for singer and songwriters hoping their talent will get recognized.