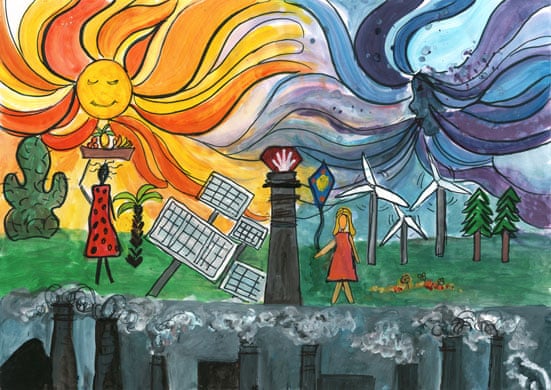 Just a couple weeks ago, Nigerians joined the rest of the world in sharing their condolence with Australia after wildfires ravaged the region and took hundreds of lives. As the havoc of climate change becomes more pressing, Nigeria is also starting to feel the sting, with Lagos currently experiencing one of her most intense heatwaves in recent history.

This month, the Nigerian Meteorological Agency (NIMET) showed temperature forecasts readings as high as 42°C when the recorded average between 2005 and 2015 was 29°C. There has never been a better time to be invested in the sunscreen business in Lagos. Walking under the sun is a frequently performed chore following the recent changes in the metropolis’s transportation laws. The adjustment period is especially uncomfortable with the health hazards of being exposed to the heat.

I hate Lagos. I swear. Life should not even be this hard. Extreme traffic, extreme heat, policies that make everything harder, light issues, etc. The ghetto pretending to be a “mega city”. Rub and shine state. I need to get out. I keep saying it. I honestly will, soon.

Once our bodies’ physiological capacity to cope with increased heat stress is exceeded, we stand at risk of sunburn, functional failure and worst of all, death. If the body temperature rises above 38°C, physical and cognitive functions are impaired; above 40.6°C, risks of organ damage, loss of consciousness, and death increase sharply. At high temperatures, displacement of blood to the surface of the body may lead to circulatory collapse.

Tomorrow’s forecast promises light showers, but the heatwave is still expected to peak at 37 °C. We have to start figuring out ways to slow down the effects of climate change before it starts to take lives. Reducing carbon emission and impose bans on tree-cutting would be a good place to start. We don’t have to wait till we’re experiencing a drought to start developing recycling culture, investing in renewable energy and taking better care of the environment.

With 350 million more people projected to be living in Lagos by 2050, the temperature rise will be unbearable. According to department spokesperson for Environment Ministry’s Department of Climate Change, Onotu Bright Abavo, the government has plans to engage Nigerians with an awareness campaign to be rolled out in three stages across the country. But solutions like that take time, and for now, Lagos residents have to come up with their own heat hacks. Sadly, the most common fix, air conditioning powered by generator sets encourages more emissions. The best bet is to drink a lot of water to stay hydrated and keep strenuous activities to a minimum.

ICYMI: How CAN DO! is working to make NATIVELAND more eco-friendly

Next Article Zoro reps his roots in the video for his catchy single, “Kulture”