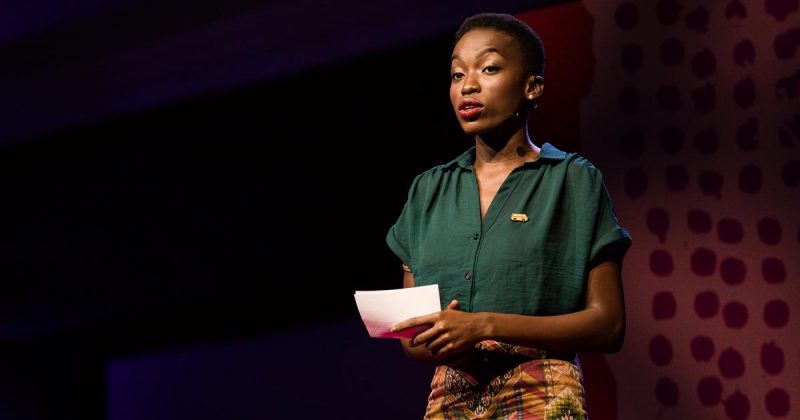 You’d have been excused for not knowing who Olutimehin Adegbeye was three weeks ago. But to still remain ignorant of her brilliance now, is just inexcusable.

Earlier this year, there was a TED event at the MUSON centre in Lagos, and nearly two dozen Nigerians who the good people at TED recognized for the important work they do in advancing innovation and technology, challenging archaic socio-cultural norms and generally sharing their own personal stories. It is a great honour to be invited to give a TED Talk and the speakers at the TED Lagos event more than acquitted themselves. But three speakers from TED Lagos conveyed their messages with so much empathy they were chosen to speak at the 2017 TED Global event, making its return to Arusha Tanzania after a ten year hiatus. Those three were dancer and activist Quddus Onikeku, language advocate Yvonne Chioma Mbanefo and activist and feminist writer Timehin Adegbeye.

As a writer, Timehin Adegbeye’s ability to convey complex ideas in ways that resonate strongly with every day women has won her audience and a following. Her no-holds approach to intersectional feminism saw her invited not once but twice to international feminist fora organized by the African Womens Development Fund (AWDF)  But her personal experience with the Lagos state government’s brutality against the residents of former beach-side fishing town Otodo Gbame and connecting with the very human victims of governmental abuse of power was what spurred her to fully immerse herself in climate related activism. Since then, Adegbeye has represented the indigent residents of Lagos’s beach towns, providing much needed counselling and legal aid and raising awareness through articles published locally and internationally; all important tools in the fight to ensure that the Lagos State Government follows the rule of law in its attempts to convert the state to the “New Dubai”. Adegbeye’s talk at TED Lagos expounded on her work with Otodo Gbame and when she was announced as a speaker at TED Global 2017, she hinted that her talk there would streamline the ideas she delivered at the Muson Centre in February 2017.

The accolades started pouring in just before she left the TED Global stage. One of the organizers called it the ‘highlight’ of the entire four day event. It was the first talk from the TED Global Arusha event to be released to the public via Youtube and was given pride of place on the TED website. It is not a talk that cannot be described, you just have to experience it first hand to get the full zing. Timehin Adegbeye takes on a government in her talk, and lays bare its greed and ideological fallacies and she brings a room full of innovators and influencers to their feet. We could all learn a thing or two.

Next Article 50 shades of Aṣa: Documenting the years since she set fire to the mountain