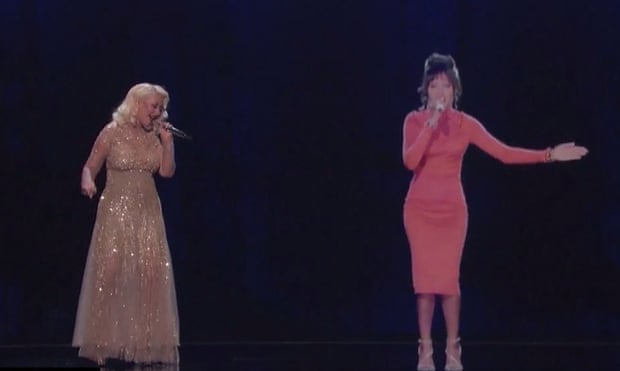 Streaming is revolutionising the way we listen to music and the way it is distributed. Artists can now make money by distributing independently of a record label which in the past used to be the main reason for signing a record deal. Now streaming platforms form the core of music distribution in 2019. For context, last year the Verge detailed how streaming now accounts for 75% of the music industry revenue, in addition, artists also now have the advantage of being in control of their own art and numbers. On the consumer side, playlists and digital radio are replacing conventional music discovery channels, and the experience of music itself is bearing a new technology-driven face. This bears some semblance with the emergence of hologram tours, an innovative merger of virtual reality and augmented reality tech that is looking to transform how we experience music concerts.

Yesterday, the estate of Whitney Houston and BASE Hologram revealed ‘An evening with Whitney Houston: The Whitney Houston Hologram Tour’ which will be taking place in 2020. Although there were reactions that raised the conversation around the ethical notion of respecting the deceased artists, this attempt to re-imagine hologram Whitney was not the first. In 2016, after footage of the late star performing a duet with Christina Aguilera at the Voice was leaked online, it was declared that hologram Whitney Houston was not ready for her live debut. This hologram tour will not be the first of its kind as in the last decade, the estates of other late musicians Tupac, B.I.G and Billie Holiday and even Pop Smoke have produced hologram appearances for fans and concert-goers.

Beyond the mixed reactions, hologram performances may be a hint of what the music concert experience will be like going forward. The Netflix series, Black Mirror, which is known to show instances of tech going too far also addressed this experience, with the latest season showing Miley Cyrus as ‘Ashley O’ going on tour, with the use of a hologram, after she is hospitalised. The episode is allegorical as it highlights the price of fame, using artificial intelligence and robots to raise questions about human agency. In the last two years, Coachella has doubled down on improving their global live broadcast for the music festival, with developments in VR and AR, we may be looking at a future where technology will redefine what it means to ‘attend’ a music concert.

It is too early to speculate however, ethical conversations like those surrounding Whitney Houston’s hologram tour may make the adoption of this new technology slow and unpredictable in the long term. Hard to say how well hologram concert tickets will sell if fans are spooked by the whole concept of a dead celebrity on stage. It is also possible we could see a merger of tech and humans, for example, a band will be performing behind hologram Whitney during her tour which adding a live element to the experience.

In response to the backlash, CEO of BASE technology, Marty Tudor, defended the holographic experience saying, ‘To me, this is about remembering Whitney’s body of work. There is a whole generation, including my son, who never had the chance to see Whitney perform, and it was important to me that they get that chance’. Others like R&B singer/songwriter Macy Gray have said we would just have to get used to this new concert experience as tech giants will utilise this to have concerts in different major cities at the same time.

ICYMI: Santi is Set to Direct Goldlink and Tyler the Creator “You Say” Video

0000
Previous Article YCee is done being quiet about Tinny Entertainment