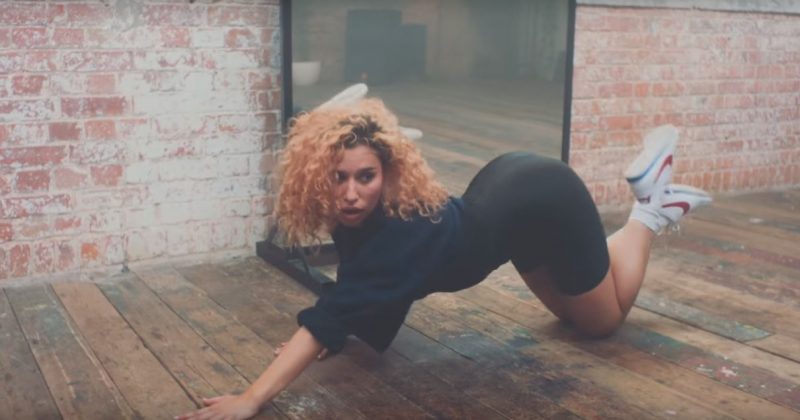 Earlier this month, RAYE announced the release of her latest project, ‘Side Tape‘, a six-track EP featuring stellar artists like Mr Eazi, Stefflon Don, Maleek Berry, Kojo Funds and a host of others. The British singer announced the release via Twitter, also asking fans to watch out for “Crew” and “Confidence”, her favourite tracks on the EP.

My BABY #SideTape is out now. S/o to all the incredible artists who featured 🧡 I hope yall love it . Make sure u listen to crew and confidence my two favs heehee 😎 pic.twitter.com/PwsCMiUi1N

RAYE’s fondness for “Confidence” may have fueled her decision to start off what we hope would be an array of videos for this EP. Though the video does not feature Maleek Berry or the producer, Nana Rogues, their presence is felt in the one-man dance piece and RAYE’s lips moving along to the lyrics.

For “Confidence”, Walid Labri directs a plain sailing video that begins and ends with RAYE dancing in a room by herself. As she dances around the room and in front of a mirror, RAYE assertively tells “African Man” about what exactly she’s looking for. “Confidence” may remind of the enthralling dance moves seen in the movie ‘Dirty Dancing’ and Cassy’s winsome video for “Me & U”

Next Article Listen to Vader’s new single, “Not Famous”