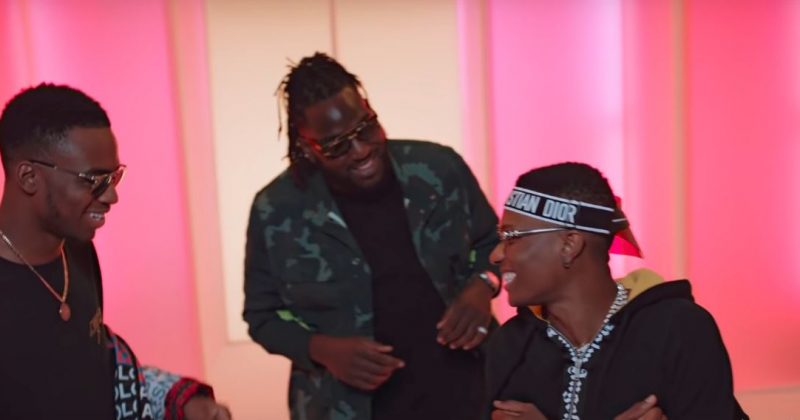 In case you don’t already know, global media is calling this era a renaissance for African pop culture and things are only getting better. Take for example, this simple yet compelling music video for “To The Max”, a single released by Drake-collaborator, Nana Rogues back in August to very little fanfare. But the newly released minimalist and colourful music video is set to capture more audiences and perhaps elevate the song to sleeper-hit status.

For most of the video, the trio are shown delivering their ghostly ballad against a minimalist backdrop of the “Hotline Bling” inspired set designer. But while the video also features cuts of women in all black dancing, the ever smooth Shaku dance move rescues Wizkid and Not3s from imitating Drake’s embarrassing dance moves. Despite being just a tad bit derivative, the Silent Tapes-directed music video for “To The Max” is thematically apt as it depicts the song’s breezy mid-tempo harmonies and the catchy Afropop bounce through the oceanic imagery and well-choreographed dance routines.

You can watch the music video for “To The Max” by Nana Rogues featuring Wizkid and Not3s below.