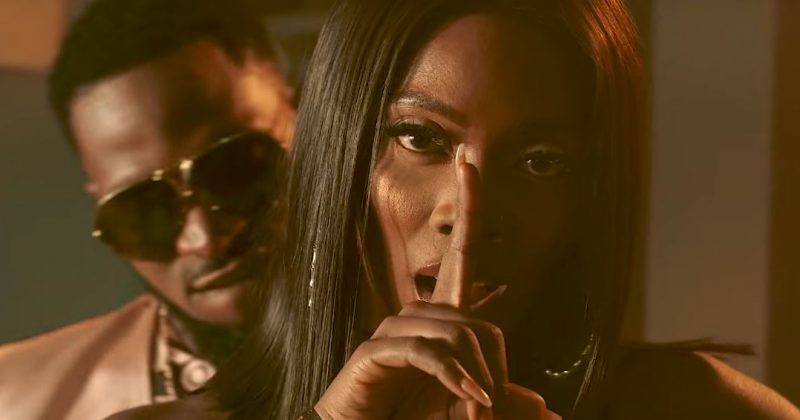 The love affair between Wizkid and Tiwa Savage may have hit an abrupt snag with the release of D’banj’s new single, “Shake It”. The raunchy vibe she evoked during her cameo in the music video for Wizkid’s “Fever” had most people convinced she and Wizkid were an item, but the equally convincing partnership with D’banj on his new single might actually break the spell blinding fans from the simple fact that music video’s are typically more performative than real.

Spellz produces “Shake It”‘s catchy mid-tempo beat with just enough spunk and flair for D’banj to do what he does better than anyone else in Afropop; be a sexually positive man in 2018. And with a responsive verse from Tiwa Savage to stoke the flames, “Shake It” instantly listens like a classic from a time when things were simpler and the word ‘Cringe’ wasn’t such the buzz word it is today. Sesan directs the music video with similar intentions with a retro theme that highlights D’banj’s fashionable sensibilities and captures the eternal youth of Tiwa Savage’s romantic life.

You can watch the music video for D’banj and Tiwa’s “Shake It” below.

ICYMI: See some of the most outlandish reactions to Wizkid and Tiwa Savages romantic performance in “Fever” music video

Next Article Duncan Mighty is doing the Caribbean thing on his new single, “MieKeRasSo”