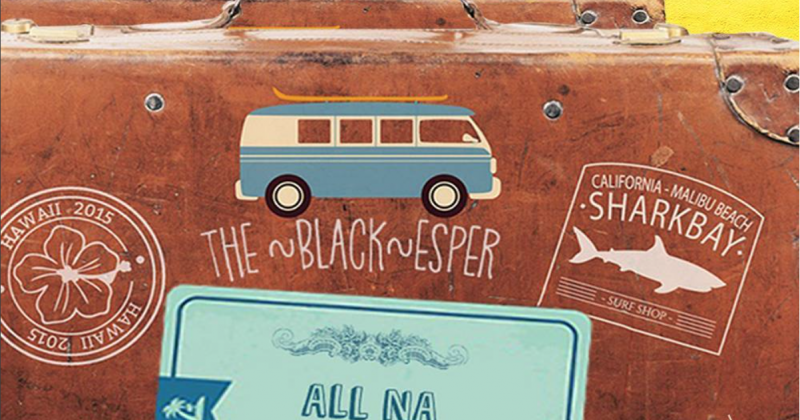 TheBlackEsper’s “All Na Packaging” is exactly what its title suggests

On “All Na Packaging”, TheBlackEsper toes a line between monological satire and monotony. Throughout the track, he leans in to a sense of narrative and drama even as his words lay bare a set of intra– and interpersonal anxieties. While he does this, an intermittent dialogue with his co-worker on the track summons a degree of theatrical informality.

Here, all the key players give us a dose of the reality, where people are more concerned with how they are perceived as opposed to who they really are. Nanzoo’s production follows a singular path between synths and drums and the mixing and mastering manoeuvred by Mockingbird, transitions from these synths and drums into an interrogative, aggressive digitized voice — as such you hear on the 50-second mark.

I made a song and I would like yall to listen. Reviews are appreciated. Thank you my future fans. Link in bio. I also designed the cover in case you like need a cover and stuvs. #music

Despite the circumstances TheBlackEsper lays forth on “All Na Packaging”, we can’t judge people who live pretend lives exclusively without admitting some of our own biases. Thematically, finding one self a little lost might be more or less the point. While its title is obviously steeped in the lore of pretence, “All Na Packaging” sounds exactly like that: teasing and contempt directed at his audience. BlackEsper and his friend giving commentary here seemingly also play victims of this pretence.

“All Na Packaging” comes after TheBlackEsper’s “Lost in Love”, released four months ago. It captures the zeitgeist of Falz’ “Something Light”, with plenty of exclusiveness and some new tricks.

Take a moment to listen to it below.

0000
Previous Article Essentials: Niniola distills her sound on debut album, ‘This Is Me’

Next Article Lupita Nyong’o to star in “Little Monsters”