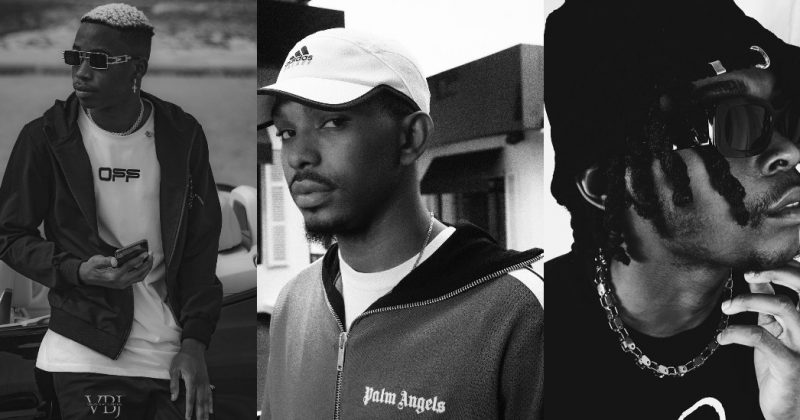 Music has become increasingly important in the last month, and the constant cycle can mean that you miss some of the new coming out of Africa, as the music scene grows more and more expansive. We’ve decided to help out, by sorting through all the new songs from across all the sub-genres around the continent to curate a column with all the best “Songs of the Day”, to highlight all the new releases you absolutely Need to hear.

If the ‘Rona has taught us anything, it’s that music is very important to everyone right now, and artists are doing their fair bit to keep us going. On Friday, we brought you new releases by a diverse set of artists, including Tekno, Kwesi Arthur, Peruzzi, Chillz and TMXO, Rexxie, Yinka Oshodi, Eri Ife and Djaji Prime. Today, we have new releases from  to add to your weekend playlists from Lil Frosh, Mayorkun, Ka$hlanta, David Meli, DedeJae, SOLIS, Ictooicy, Eri Ife, Efe Oraka and more. Enjoy.

Lil Frosh has just released his first single of the year “Kole Re Body” featuring labelmate, Mayorkun. Against an energetic mid-tempo beat, Mayorkun steals the show with his catchy hook, while Lil Frosh holds his own with his inimitable verses. For the accompanying video, the two artists are seen having fun in a packed club with beautiful women as they deliver their verses, reminding us of what it used to be like outside before the ‘rona.

Rap collective Traplanta Records have been doing their unique bits on the scene for the past couple of years, with constant drops and features and for the latest, Ka$h just released his first single this year, “Neo Yokio”. The upbeat number sees Ka$h delivering clear, sharp raps over the drubbing beats, where he speaks about his crew and the heights they’re aiming for. Reminiscent of the Netflix anime show by Jaden Smith, Ka$h wears spy wear in the music video for the new single while he packs an onslaught of wordplay.

The mandatory lockdowns and social distancing is sure to cause a strain on a number of relationships, particularly those where either partner may prioritise quality time as their main love language. Dedejaé and SOLIS are sending a clear message to their love interests, that their love will not dwindle at this time. SOLIS’ powerful voice casts smoothly over the quiet groove of the beat as she mesmerises us with her smooth vocals and chilled out delivery. Dedejaé croons-raps about being present for his partner, but not before handing her a dose of conflicting emotions: ‘I’m tryna kick it with her best friend/I got time for two’. Don’t hate the player, hate the game.

In contrast, Zirra and AYLØ are trying to bridge the gap between them and their love interests with the sweet romantic pop-tinged production on new DaRe-produced collaboration “Anywhere”. Zirra is back with his signature lover boy lyrics as he invites his love interest to take the lead and direct them to where ever she pleases. ‘Just call on me’ AYLØ croons over the song’s hook with ambient synth harmonies, as he calls on his lover to always seek him out no matter how far apart in the world they are.

Singer/songwriter Eri Ife just released a new EP ‘Esquire’ to start off the new year. The 6-track EP works through themes of love, loss, mental health and gratitude. On standout track “Way Out”, Eri Ife taps into the powerful sonic vocals of Abuja-based artist, Efe Oraka. Both artists croon about being stuck in their head and looking for a remedy to a way out of overthinking and overstressing about their current problems. ‘Every night I try to be fine’ sings Eri Ife, encapsulating a common feeling many of us may be going through at the moment.

Nigerian UK based singer, David Meli is back with a new single “Biko” ahead of the release of his forthcoming album ‘Fruition’. “Biko” will be the artist’s third official single of the year, following his earlier releases “Big Body” and “Headswell”. Over the catchy beat produced by the artist himself, David Meli addresses a love interest who he is trying to win over. ‘Girl I just want to be right next to you’ he croons over the drum-led romantic number, offering up all the sweet nothings to a potential lover.

It seems like we’re going to be getting a lot of releases from the emPawa Africa camp this season, as the incubator program has now released their first official music video this year, “Ojah” by #empawa30 star, C Natty. Over the infectious jazzy funk-led beat produced by Killertunez, C Natty sings about a self-confident man who does not take well to advice from others. In the equally colourful video, there are clips of people clad in all black running across busy Lagos streets, in line with the translation of the song’s title “Ojah” (meaning to run or escape).

ICYMI: Here’s all the new releases from last Friday you may have missed

Next Article Essentials: Paybac’s ‘CULT!’ is a document of resilience and personal optimism