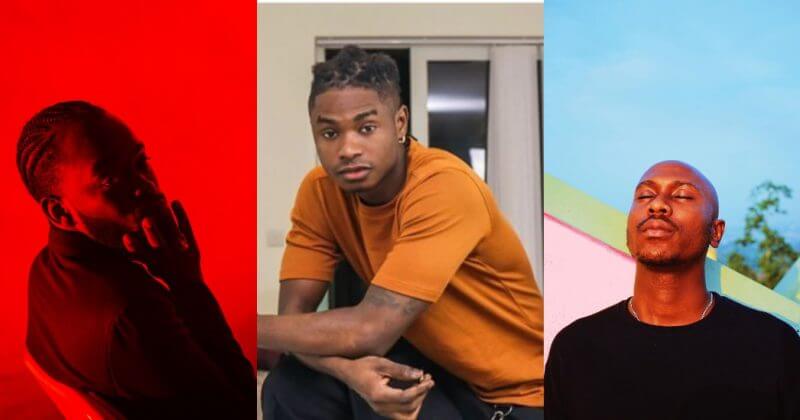 The last few months have been difficult. In the backdrop of an ongoing pandemic, Africans across the continent have taken to the streets to protest against myriad of inhumane conditions, from police brutality to child labour and gender-based violence. While we’re still dedicated to amplifying and reporting on these causes, we’ve now resumed our column, Songs of the Day as a nod to the artists putting out great music that serve as a momentary escape from all the grimness of the current news cycle.

It’s Tim Lyre season. Following an impressive run of releases since the beginning of the year (‘Senpai’, ‘3 Strains’ with Fasina, and “Fakogbe” with Chop Life Crew), the singer and producer is set to return with a new 5-track EP offering, titled ‘K.A.P’. Though we’re yet to find out what the entire thing represents, Tim Lyre is wasting no time to invite us into his sonic world with the release of new single “Rewind” featuring JVSH. Produced by DaRe, the mid-tempo afro dancehall ballad captures the joy of being entangled with a romantic partner. Singing “You can always rely pon the boy for a good time/slow pon the rhythm rewind” over the song’s infectious hook, Tim Lyre showcases more of the versatility that we have come to expect and love from his music.

To round off the year, Fresh Meat alum, Loti, is back with a new two-pack single titled “Perfect Fantasy” and as the name suggests, it’s perfectly suited to get you through the new week. On the compelling second track “Fantasy”, Loti soundtracks the euphoric feeling of stealing private intimate moments with one’s love interest. Over the uptempo beat produced by KD, Loti sings “Would you be my company, girl you’re all I need/Come get all of me, you’re my fantasy” on the song’s boisterous hook, laying down his sensual intentions to rendezvous with the woman he likes. All his cards are on the table and Loti feels an irresistible pull to this woman. We’ee all in for the thrilling sonic ride.

After signing to Marlian Music back in August, singer/rapper Lyta came under heat for plagiarism and copyright infringement for his debut single with the label, “Hold Me Down”. Regardless, the artist is showing no signs of a setback as he’s ready to wind off the tumultuous year with new single titled “Everybody”. Over the catchy beat produced by Killertunes, he confidently sings “If you like carry everything for your shoulder, dem go still say you do bad/No be everybody go love you” advising listeners to stay focused on themselves because the world can be pretty unforgiving. By the sounds of things, Lyta is not in the business of focusing on what other people think, he’s more interested in touching the sky despite all the odds set against him. As the chaotic year rolls on, we think this is very timely advice.

This year, securing a Fireboy DML feature on your song is a confirmed hit and Lil Kesh clearly recognised this, as he’s tapped into the YBNL singer for the new romantic single “Love Like This”, which featured on his recently released EP ‘Ecstasy’. Over the mid-tempo beat produced by Type A, both artists deliver a soothing and sumptuous ode to the love of their lives. Fireboy DML takes the reign on the song’s hook singing about the rarity of his partner’s love before being joined by Lil Kesh on the song’s first verse. Lil Kesh sings ‘You dey give me time anytime I lie or compromise/You dey give me life anytime I am down’, listing out the numerous qualities that keep him committed to the girl of his dreams.

Sexuality in music has become a mainstay with more artists confidently exploring the intricacies of romantic acts, even more so within afropop where the message is perfectly couched underneath layers of exuberant production. Women, especially are becoming more audacious than society would expect from them, speaking about their escapades and soundtracking the feeling of getting down and dirty.  This is why for her debut single, US-based singer, Remi Nubi taps into romantic sensual cuts on her new release “On The Low” produced by Jrocs and Odd is Normal. Over the mid-tempo beat, she sings “Only you I want by my side/you know I want you tonight, and you know I get what I like” over the song’s hook, confidently stating what she wants and knowing that it’ll be hers.

Next Article Wurld talks us through ‘AFROSOUL (Deluxe)’, track-by-track