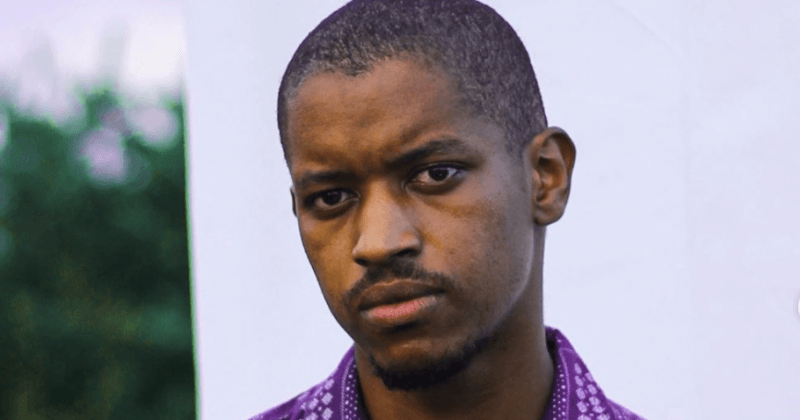 In conversation with SirBastien, who is looking to add more depth to Nigerian music’s DIY culture

“I hope my answers are adequate?” SirBastien wonders aloud deep into our conversation, perhaps unsure that he’s saying enough. A few times during the interview, I had to expatiate on questions in order to ensure his responses carried as much information as possible, but this didn’t make our exchange was stilted— it was far from it, in fact. Over the phone SirBastien is as affable as he is reserved, he cuts to the chase when he’s explaining something or telling a story, giving as much details as possible without too many embellishments.

It’s representative of the music he makes. SirBastien’s songs are simultaneously defined by movement and ease, he’s currently honing a flair for musical variety which means his instrumentation choices are composite and richly layered, but it always merges into a chill and immersive whole. Last summer saw the release of ‘Mango’, an impressive debut outing that basked in a tranquil warmth which combined SirBastien’s accomplished chops as a producer with his developing ability as a singer-songwriter. ‘Mango Island’, his newly released follow-up is a positive leap in his evolution to becoming one of the very best polymaths we have around.

When we spoke to SirBastien as part of our Fresh Meat picks for the month of May, he explained that it took a while to embrace the idea of using his voice, saying that it was “super cringe” to hear himself sing. One of the defining qualities of ‘Mango Island’ is that SirBastien sounds like he relishes singing, as he explores the range of his voice and strengthens its identity. Compared to the fragile melodies that were prominent on ‘Mango’, this project opens up to snappier and catchier melodies, resulting in songs that are confidently delivered and earmarked by bolder hooks.

In the same vein as its predecessor, ‘Mango Island’ is thematically planted in romance-driven territory, and according to SirBastien, it’s not because he might be a hopeless romantic. “Love songs are very easy to come by, because if you can describe something about a person—like how their eyes look—you’re some ways there”, he explains. On this project, though, he goes beyond the blue-eyed trappings of the subject, spotting a macho stance on “Pillowhead” and getting raunchy on the Eri Ife-assisted “Late Night”. He’s also joined by a diversely talented cast that add several dimensions to the 9-song set, from Maya Amolo’s girl next door candour on “Cosmic Girl” to the gruff machismo of AYÜÜ and July Drama on afro-Caribbean bop, “Addis Ababa”.

“I never think that it has to be a particular person”, SirBastien says when I ask how he chooses the artists he reaches out to feature on a song. “It’s usually about who fits and whoever is interested.” While this approach, much like his feature-heavy debut, takes the sensibilities of potential artists into cognizance, ‘Mango Island’ is better crafted to reflect SirBastien more as an initiator and less as a pandering artist. In sharpening several aspects of his abilities, SirBastien asserts his commitment to continued growth as he works towards his main goal: to be seen as “one of the driving forces” of Nigerian music’s burgeoning DIY/indie culture.

Our Conversation with SirBastien has been condensed for clarity.

NATIVE: What is it about romance that draws you to sing about love so much?

SirBastien: I’m a hopeless romantic, I think. Okay, maybe I’m not a hopeless romantic. Love songs are very easy to come by, because if you can describe something about a person—like how their eyes look—you’re some ways there. I think it’s easier to describe a person than describing complex topic, like saying “I Love You” is very boring, compared to “I love the way you use your computer in the morning”. It sounds cheesy and weird but I think it’s a lot better, it shows there’s a lot more to it.

I agree with that, ‘cause a line like “Your words are secret to my heart” makes love sound very precious. By the way, how did you get to work with Maya Amolo on that particular song?

I actually texted her out of the blue, ‘cause I always wanted to do a song with someone from East Africa. Maya popped up on my TL randomly and I decided to just try. I hit her up like, “Hey Maya, that’s the song”, she said I should send it to her and she got back to me a few weeks later.

Like your previous project, you’ve stuck with the dynamic of featuring several artists. What’s your creative process when you’re making a song for yourself and how does that come in?

It usually starts with finding a guitar tune I like, then I build up the instrumental. At this point, I don’t have any intentions to keep the instrumental for myself, so I start figuring if I want to send it out and who to. For ‘Mango Island’, the interlude was the only song I actually thought about making for myself from scratch, because my brother thought I needed a song to break the sections, ‘cause it’s meant to be split the project into Side A and Side B. It’s always the beat first, then I usually record only one verse for a song. Choosing who I collaborate with is based on the people I listen to and the songs I’ve heard from them, so I’ll send it   to all of them, it could be about ten artists and only one would respond. I never think that it has to be a particular person, it’s usually about who fits and whoever is interested.

What was it like linking up with Remy Baggins for the song you chose as the single, “Home with you”?

I was actually trying to make a cover of Doja Cat’s “Say So” initially, then I liked the way it was going and I started to change stuff and create something different. I sang the chorus and I thought it was just for fun, not necessarily something to be released, but my friends thought it was very good. Then I sent it to Remy Baggins and it all came together. The interesting thing about the video is, we didn’t even know exactly what we were shooting for when we got to the location. Like everything was set, but we didn’t know what song we’d be doing. Korty, who directed it, went with “Home with you”, it happened just by chance and it turned out to be a favourite for those who’ve listened to the project. Lucky us.

You were able to premiere the video on emPawa Africa, what was that like?

It was super exciting because most of the people that watched the video are subscribers to the emPawa YouTube channel, so I was happy that I was reaching a new audience. That was even more important to me than just the number of views the video got.

Let’s talk about “Late Night”, because it’s different from what you and Eri Ife normally do. How did you guys come up with the song?

I’d say “Late Night” was the most fun song to make on the project, generally speaking. I was actually in the studio with Eri Ife, Efe Oraka and Ramoni, a producer friend of mine, we were just having a good time. Then we played some drums, Ramoni played the piano, Eri Ife and Efe Oraka had some input, it was like a four-man production team. We made the beat, recorded the vocals, and we initially wanted to release it as collab single from the four of us, just for fun. Then everyone else started saying they’re not sure, so I just took for the project. We actually thought about it that it doesn’t necessarily work with everything else on the project, but it’s really good, so why not?

Which collaborations did you want to happen on ‘Mango Island’ that didn’t?

I wanted Amaarae on a song that I produced just for her, but she didn’t respond. I really want to work with Santi, I think he’s the biggest artist in the world. I’m a very very big fan of Santi, so if I have a song with him I think I’ll be very okay, like yeah I’ve had a good run.

Your catalogue of credits, from Eri Ife to Ilaye, is very DIY and indie. Where do you see yourself within the growing DIY culture in Nigeria?

I feel that I’m sort of following in Odunsi’s shoes, ‘cause I think he’s one of the main drivers of this DIY movement. I see everything that he does and it’s very inspirational. Like there are people who will listen to him no matter what. In a few years, I’d like to be in the same light, as one of the driving forces of this culture, because I’m more of a producer than a singer myself and I try to make sure anything I work on portrays the freedom that’s central to the alternative movement. I want my music to give it more depth and more branches so we’re not just limiting ourselves to ‘afrobeats’. So we can have stuff like alternative disco, just make sure there’s even more diversity within Nigerian music.

FOR THE GIRLS: MAYA AMOLO WANTS YOU TO FEEL SAFE