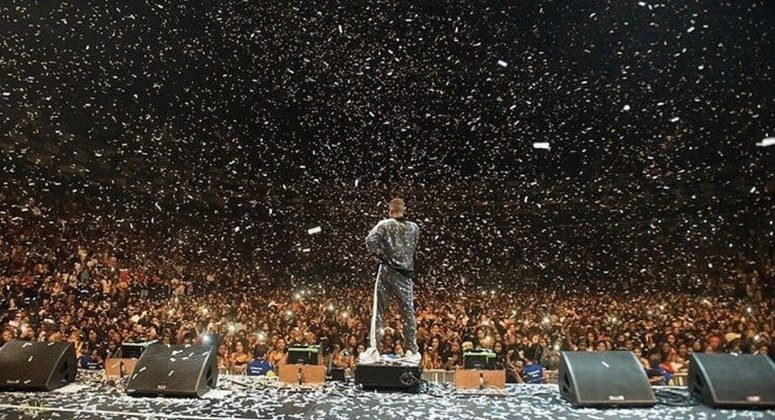 The Shuffle: Wizkid’s “Don’t Dull” set the pace for his impressive trajectory

When Wizkid debuted “Holla At Your Boy”, the song gained so much popularity that it could have been a tough act to follow. The glossy music video amplified his boyish charm and established him as a superstar for the future. However, it wasn’t until he showed his more accessible, indigenous side on “Don’t Dull” that he finally convinced everyone to join the train.

The striking traditionally Nigerian elements of SamKlef’s beat for “Don’t Dull” brought out an unfiltered side to Wizkid’s sound, and his take on his superstardom. He stripped back his teen heartthrob persona to reveal his indigenous influences, with folky musing over the talking drums which also showed off the impressive style his career is still benefitting from today. With lyrics that captured his celebrity lifestyle in intricate detail, “Don’t Dull” was all the confirmation fans needed to show that he was more than just a one-hit-wonder

Though “Holla At Your Boy”, “Tease Me” and “Pakurumo” were the promoted lead singles for his debut album, ‘Superstar’, “Don’t Dull” is a fan favourite and cult classic, which never fails to get fans riled wherever it’s played. The song certainly established Wizkid’s street appeal, and he has managed to maintain that energy at every stage in his super impressive trajectory.

Critics often credit Banky W’s influence and the major label push for Wizkid’s breakout success, but there’s no debating the chokehold he has retained on the industry since. He has continuously given us hits since “Don’t Dull”,  with the consistency of one who understands his audience. If “Don’t Dull”‘s mainstream success showed us anything, it’s that the street loves Wizkid as much as he loves the street. It’s no wonder he’s the undoubted artist of the last decade.

ICYMI: Watch the best music videos of the last decade