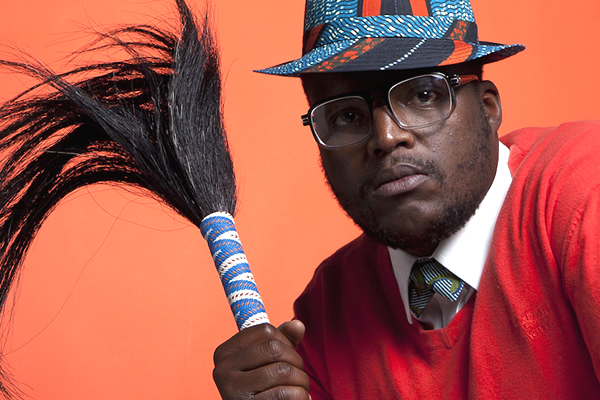 As one of the few Nigerian artists to have worked with the late HHP, the legend of M.I’s second Illegal Music, instalment will perhaps be told as more stories like this unfold.

Oh my God!! I'm heartbroken to hear about the passing of my friend HHP!!! I can't believe it!! 💔💔💔💔 My prayers are with his family and friends..

Earlier today, news of South African rapper, Jabulani Tsambo who was also known as Hip Hop Pantsula passing became public news. The details of his death are still unknown although there are speculations suggesting the rapper may have finally given up his long publicly-documented battle with depression.

On M.I’s “Super Human”, HHP takes the first verse following a spoken word sample intro by Malcolm X. Though the track flirts with spirituality, its central message borders around motivational musings for the black man to get up and chase his dreams. “I’m trying to make to make a promise/ to my conscience/ that as long as long as I live, I’ll be making music that gives you people the answers”, HHP raps on his verse.

In the light of the rapper’s recent passing, there has been an outpouring of support to his estate from famous South African rappers like AKA, Casper Nyovest and Nasty C amongst others who he has inspired. We hope more than anything that HHP found some of those answers for himself during his time on earth.

Just heard the most terrible news … another icon gone too soon. 💔

On this day, you told me you loved me after a long time & I’m soo glad I told you I loved you too. I’m so glad my emotions never got the best of me and I can let go knowing that I have never disrespected you in public even when we had our differences. Robala ka kgotso groot. 💔 https://t.co/VNnjDZ2QzD

Correction: An earlier version of this story said M.I is the “only” artist to have worked with HHP. This is an updated version.

Next Article See the music video for “Something”, Mars and Barzini’s latest singe