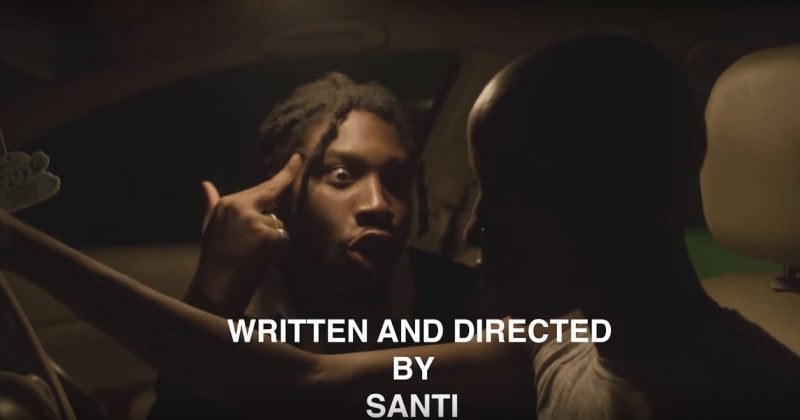 The inner workings of Santi’s obscure mind have been both a subject of critique and intrigue when approaching his music. Shot and filmed in Lagos, his latest video for “Sparky”, makes some of that innate artistic edginess apparent in more ways to count.

sparky a candles film out now written & directed by santi huge hearts to @nkemjuma @daberechi_ @mahoghany_angel & @svotiono for being genuinely amazing and bringing this to life. the candles family 🎥@demolathedirector @san__v @___tse & @chukwukanwobi Thank you for always bringing out the vision. @ashh.ok love you and thank you for styling and being there from the birth stages and seeing it through to the end. @detoblack thank you for make up and letting us use your house Huge hearts to everyone involved with this. None of this would be possible if we didn’t come together. link in bio

Given Santi’s nostalgia for old Nollywood aesthetic, it’s no surprise he also lends some of its plot devices for his new film. If you thought the trailer for “Sparky” was ambiguous, this full-length short-film will leave you with more questions than you bargained for. “Sparky” opens with an ominous opening sequence, to a seemingly grieving family at the funeral of their youngest member. The shock value of the scene that comes next is unexpected: a gang of girls are seen going up against an unrevealed character (until much later in the flick). As the plot unfolds, more context is provided for characters caught in a web of vengeance and tough decisions.

(Spoiler Alert: Santi is the unwilling Dark Knight, who saves the day)