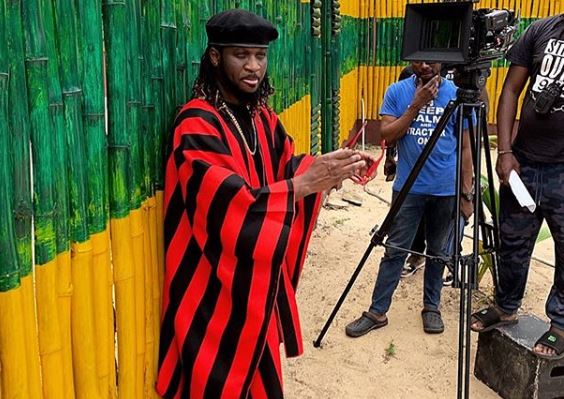 Rudeboy smirks at those with “Audio Money”

While neither party of the seminal sibling Afropop duo, P-Square, have had the best of times since going on separate solo endeavours, they’ve both continued to push out an unwavering stream of new music releases. Rudeboy is the latest half of the now defunct group to put out a new song, and unlike the more romantic inclinations of his previous singles, “Audio Money” tilts toward seriousness, with its socially conscious outlook.

Clearly not fascinated with the current proclivity for presenting glossy, curated lives on online, Rudeboy uses “Audio Money” as a scathing take down of society’s double standards, fostered by the need to be seen as well-doing. Capturing the spirit of the song’s title phrase, Rudeboy’s vivid, grave lyrics personifies a smirk, its efficacy ultimately elevated by the bewitching, Igbo Folk-inspired groove Lord Sky lays down as the song’s beat. “Audio Money” is the type of nose-thumbing song that’s catchy enough to land on club setlists.

Next Article Phyno releases new album, ‘Deal With It’, with an epic accompanying music video