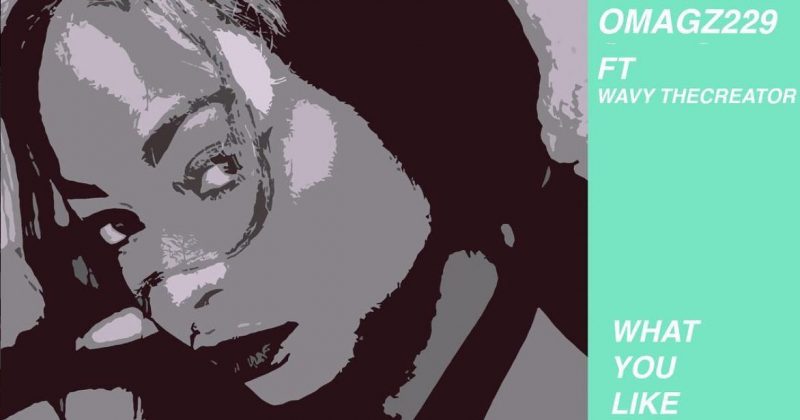 Omagz and WavyTheCreator capture the essence of dance-pop with new single, “What You Like”

Music and dance go hand in hand and while emotions seem to play front and center, that sweet-spot where they both meet is what makes for good music. Omagz’s last release, “Osho Free” already marked a return to recording ways for a singer whose last project, Young Magazine had enjoyed a notable amount of listening on his Soundcloud with his pop-minded tracks that dabbled into dark R&B tropes. His latest release, “What You Like” however features WavyTheCreator and aims for a dance-pop number through the catchy, emotional and danceable melodies backed by synth harmonies.

The Biggest Thank You to everybody that has supported me so far. Up Next What You Like Ft @wavythecreator_

Produced by Duggie, the instrumentals for “What You Like” is mostly synth based but rather than assaulting the senses, the smooth piano harmonies are subtle—a rare feat for a song intended to be blasted in clubs. WavyTheCreator takes the chorus that swells over a backdrop of a synth salad accompanied by pacey drums and cricket chirps tucked into the mix.

There’s a definite undercurrent of despair to Omagz and WavyTheCreator’s lyrics; “Burn The City Down With Our Desire/ I Know What You Want”; and even their vocals listen slightly slurry. Chalk it to shots of liquor at the club or shots from cupid’s arrow, their drunken vocals work perfectly, especially with words like “You Can Even Tell I’m Not Your Type/ Right Now What We’re Feeling Is The Vibe/ I Can Get You High”. Their breathless and desperate delivery manages to remain confident and firm as they duet through the dance number.

Sure, there’s no shortage of attractive twenty-something year old people singing about lust and partying, but WavyTheCreator and Omagz have carved a niche for themselves with their lustful new single “What You Like”. Listen to the love song where the antics are very much secondary to the emotions below.

Next Article David Meli dedicates his new single to his number one lover, “Sade”