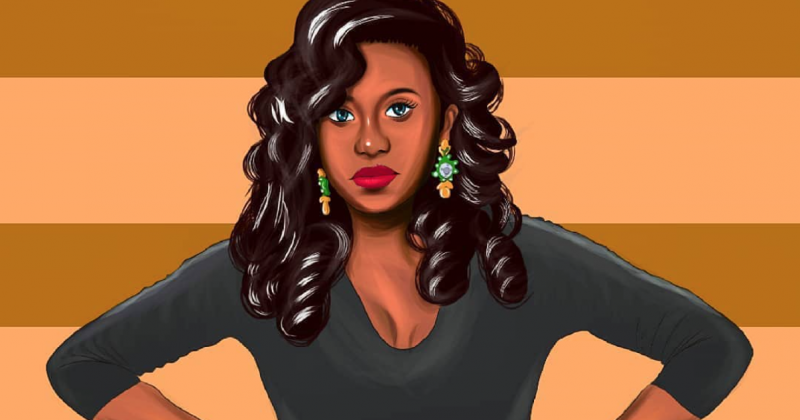 Following the release of her 2017 debut album, This is Me, Niniola proceeded with several fire collaborations with different artists on their tracks, including Yung Six’s “Gbe seyin”, VJ Adams “Leg Work”, Kagwe’s “Till the End”, Heavy K’s “Let them Talk”, a remix of her own track “Magun” with Busiswa and several remakes of one of her hit singles, “Maradona”. But now, she is taking a step further to release more new singles of her own, the first of which is “Bana”.

Yaaayyyy Guys BANA is Out Now on all platforms…Link In my Bio Don't Dull Guys Update Your Playlist Now. Prod by the One and Only @only1sarz #NINIOLA #QOAH #AFROBOSS #BANA

Many of the best Niniola songs are upbeat and sparsely or abundantly sultry; by now we shouldn’t expect anything less. Her songs are imbued with her usual sexual mischievousness and charisma, and she’s liable to do or say just about anything in them by dint of metaphors. “Bana”, produced by Sarz, who has been a regular on her catalogue, carries in it all of that energy. Sarz produces with drum beats and synth tones, creating an atmosphere akin to being on the dance floor. Niniola sings over the beat with lines that depict how protective and possessive she is of her man “Bana mi”, warning her friends to stay far away. She sexually describes all the physical qualities of her man and exactly how they both want it in bed, saying a lot with just few words of allusion.

Check out the track below.

The secret magic of Niniola’s stage performance and creativity