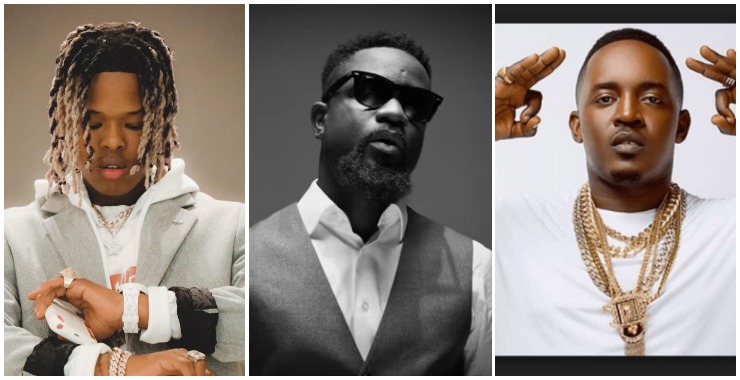 Nasty C, Sarkodie & M.I Abaga nominated for African Rapper of the Year at the 2020 256 Hip-Hop Awards

Following a successful debut edition in 2019, Uganda’s 256 hip-hop award is returning for a sophomore edition on May 15, 2020. According to the organisers, The Kulture 256 and the Konnected Foundation Inc, the award show is dedicated to uplifting Uganda’s most underrated genre. Similar to many African countries, the prominence of rap music in Uganda dwarfs that of the local flavours of Afropop, and it’s not for lack of talent or a dearth of music from home-bred rappers.

With the 256 hip-hop awards, the Ugandan rap scene has created a safe space to celebrate the best music from the previous year, while also extending the genre’s reach via the conversations that the award show will generate. The existence of the 256 awards is also laudable, considering that South Africa is the only country with a dedicated award show. Compared with SA’s far more organised and internationally acclaimed scene, Uganda is clearly a few steps behind, but the stakeholders and enthusiasts are taking the initiative to drive their scene forward, which is more than can be said for most rap scenes in Africa.

Looking to do it on a bigger level, the second edition of the award show will take place at the National Theatre (UNCC) in central Kampala, an upgrade from last year’s edition which held at the Laftaz comedy lounge. The organisers have also expanded the categories for this year’s awards to include Best South Sudan rapper and African rapper of the decade. The later of these new categories, which is open to veteran rappers across the continent, will be based on what the chosen rapper has done for hip-hop music in Africa over the course of the previous decade.

While most of the categories at the 256 hip-hop awards is dedicated to the country’s local acts, the inclusion of an African rapper of the year category lends the award show a pan-African appeal. This year’s nominees in that category features ten artists from six different countries, including South Africa’s Nasty C and Youngsta CPT, Sierra Leone’s Kao Denero, Kenya’s Khaligraph Jones, Ghana’s Sarkodie and Lyrical Joe, Cameroon’s Jovi, Nigeria’s M.I Abaga and Blaqbonez, and Uganda’s BigTril (of “Parte After Parte” fame). By virtue of these diverse nominees in this competitive category, the 256 hip-hop awards is a celebration of the great rap music being made by Africans in Africa.

Check out the full list of nominees for the 2nd 256 hip-hop awards here.