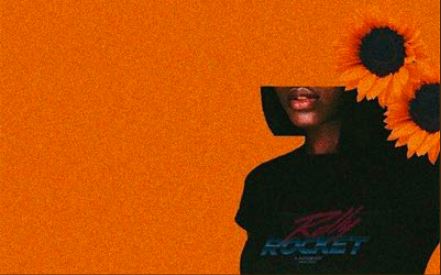 LunaLovesYou’s new single, “Dear V, I’m Sorry”, is a rueful tune that wears its gravity lightly. Her lyrics portray the post-traumatic stress of a soured relationship and her attempt to will herself out of her funk; “Dear V, I’m Sorry for being such a fool/ I should have known this wasn’t true and that I’m not the one for you”. However, the music itself with some production credit to Johnson IP never loses its cool as he mixes percussion chords, drum machine vamp and swirling strings for a captivatingly lightweight record.

Though the lyrics seem to suggest a resolution and willingness to move on, there’s a mounting desperation as her struggle to let go of her ex plays out anew in each verse. Her voice rises to a gorgeously fragile peak, only to dissipate into a wounded apology. When LunaLovesYou sings “I didn’t mean to waste your time so don’t hit my line to play games with my mind” in the song’s final line, it’s clear that she’s still powerless, imprisoned in this eerily placid nightmare of a love song.