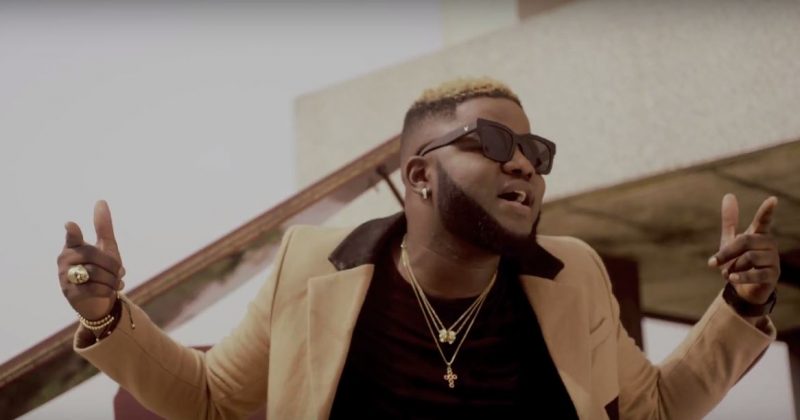 Is “Give Me Love” The Worst Song Released By Skales

Skales’ Empire Mates Entertainment (EME) deal looked like the start of the success story for an artist who desperately needed a big break. This didn’t quite pan out as the label seemed to be more focused on pushing its cash cow, the Star Boy himself, Wizkid. His rumoured debut album languished for years in development, while he was forced to abandon his very promising rap career for an incarnation as a jollof singer, kept in the wings as a subtle threat to keep Wizkid in line.

Here you go my people…Brandnew 🔥 "GIVE ME LOVE" SKALES X TEKNO @teknoofficial out now ….link in the bio lezzgo !!

In the years that followed, he went on to sign a recording deal with Baseline Entertainment, cash out with catchy but forgettable songs and bag an endorsement with MTN despite a drab 2015 debut, Man of The Year. Over the years, former rapper, Skales has tried everything; auto-tuned singing, sing-song rapping, Afropop and even a bit of reggae that only added up to a mediocre but moderately successful pop relevance.

Skales new incarnation as the premier act in his new record label takes away his excuse of being poorly publicized and he finally got the resources to work with, but that’s pretty much all we can expect from Skales these days. For his latest single, “Give Me Love” he features Tekno, in a half riff “Pana”, half riff something completely corny single that neither does anything or goes anywhere.

“Give Me Love” is produced by Spellz who settles for a comfortable clap rhythm drum pattern that is droning at best. Skales layers on a repetitive hook that did nothing to elevate the boring beat. Tekno easily has the best verse because Skales’ verse, hook and bridge are all dead on arrival.

The video for the pre-released single was released on Skale’s Official VeVo but it did nothing to help the ease the song into the ears. Tekno adlibs a melodious string of unrelated words, oddly enough, his tactless cut is one of the few moments to look forward to on replays. The elaborate shoots of a grand piano on a roof that no one plays is kind of a metaphor for Skales’ outsize talent that is never, ever really put to use.

By many definitions of a what a “good” Afropop song is, “Give Me Love” may still slink into playlists and DJ mixes. His label, Baseline Music may have arrested him last year, but going by the numbers, they have also done a fair job of steadying a career EME left for dead. Understandably Skales would not be the first nor the last rapper to choose Afropop over bars, but his current form is starting to glimpse an apparent lack of innovation. “Give Me Love” is Skales’ second single of the year and would perhaps remain nothing but a shell of the Skales that swore he was heading for a Grammy many years ago.

Listen to the Skales’ “Give Me Love” below.