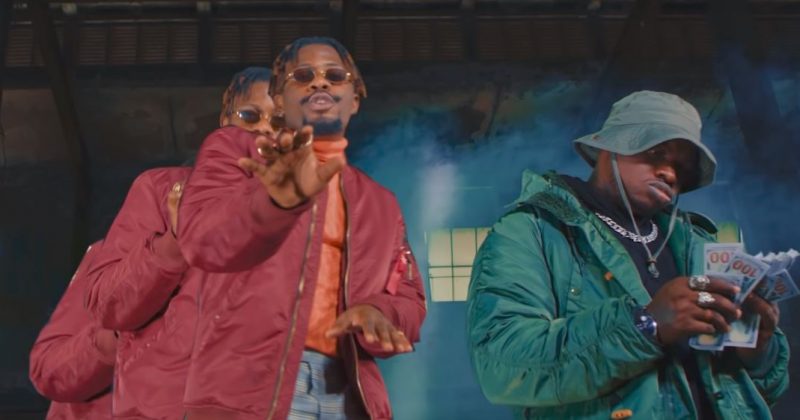 Khaligraph Jones’s ‘Testimony 1990’ album slipped painfully under the radar when it was released last year. The 17-track tape boasted of international features with acts like YCEE, Mr. Eazi, Esco, Ray C, Rostam and K.O contributing to the Kenyan rapper’s showy intentions. Though he also touched on social and political issues from his perspective as a new comer in the music industry, some of the album’s most standout moments came when he flexed on songs like YCee assisted “Gwala”.

Khaligraph Jones is finally sharing the accompanying music video for “Gwala” shot in Nigeria. TG Omori directs the video giving images to the rapper’s lyrics as we watch Khaligraph Jones and YCee in the most typical depiction of rappers; blowing stacks of cash on booty shaking models. Though the video isn’t the most imaginative one, there’s something to say about how well it sums up the unimaginative lifestyle of the average gangsters.

You can watch the music video for “Gwala” below.

ICYMI: Watch the trailer for “Rafiki”, the first Kenyan feature film to get screened at CANNES

0000
Previous Article Falz, Feminism and Why We Can’t Cancel Everybody