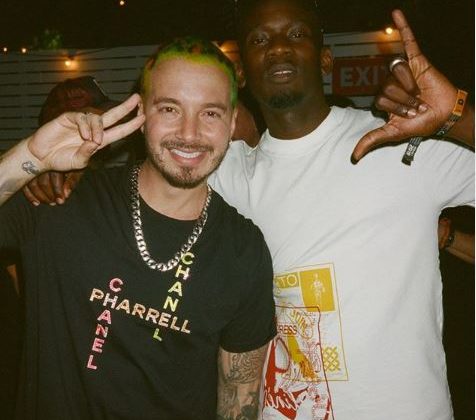 Last year, Reggaeton superstar, J Balvin and Latin Trap ascendant, Bad Bunny featured on Cardi B’s chart topping behemoth, “I Like It”, effectively increasing their worldwide prominence. Since that collaboration, rumours of a joint album from both Urbano artists had been swirling around, now confirmed by the surprise release of their collaborative project, ‘OASIS’. Packed with dancefloor-ready bangers and potential summer anthems, the eight-track album spans an array of ‘exotic’ pop genres, including Afropop, via the Mr Eazi-assisted final track, “COMO UN BEBE”.

Premier Afropop duo, Legendury Beatz provide the boisterous production for “COMO UN BEBE”, mixing groovy, thumping drums, low growling bass guitars and atmospheric piano keys, over which all three artists perform pining lyrics pleading with an argumentative lover. While very little of the lyrics are sung in English, by way of Mr Eazi’s short verse delivered in pidgin English, a combination of the anthemic melodies and a rambunctious beat, is sticky enough to guarantee that the song will be heavy rotation across the world, in these months of summer.

You can listen to “COMO UN BEBE” below.