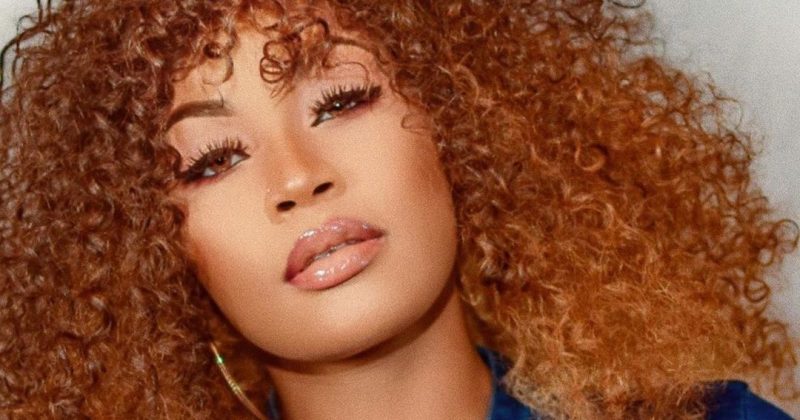 Cameroonian artist, Yung Meagan is currently one of the 30 artists taking part in the second edition of Mr Eazi’s emPawa Africa programme. She and a host of other artists from around the continent will receive a $10,000 grant to go towards a music video, along with mentorship from professional singers, producers, and video directors.

Yung Meagan is a rapper–well for the most part–but her earlier career as an artist actually began with her singing. At the age of 11, a young, reserved Meagan began making her own music as a means of expressing herself and finding her own voice. Drawing on inspiration from legendary rapper, TuPac, Meagan was charged to channel the same braggadocious raps in her music.

Her Soundcloud page is bursting at its seams with everything from covers to freestyles to singles; her cover of Mr Eazi’s “Tony Montana” featuring Tyga was actually what caught the attention of the emPawa founder and artist and set her apart as one of the female artists from Cameroon to watch. Yung Meagan has range; her earliest track on her Youtube is “Like This”, an r&b slice from 2 years ago on which she sings about her infatuation for her love interest who she’s more than willing to go the extra mile for.

Meagan’s singles usually feature a mix of her switching between rapping and singing, and she often ups her tempo and charges ahead regardless of the song’s subject matter. This ability shines the brightest on “Black Girl Magic” , where she seamlessly throws in her mastery of the French language. Her latest release, “Life (Interlude)” is a good entry point into her off-the-cuff raps, as the young rapper addresses the fickleness of life and speaks on being bipolar.

MeaGang! One of my supporters told me to hop on @mreazi “Tony Montana” Challenge and you know how much I love a good challenge🤪 So I want you to tag @mreazi for me and let ya homegirl represent Cameroon 🇨🇲beautifully in this challenge♥️🔋 #MrEazi #TonyMontana Shoutout to my dope engineer @joeljeff237 😎

For the Girls: Why Ictooicy deserves to top Nigeria’s charts