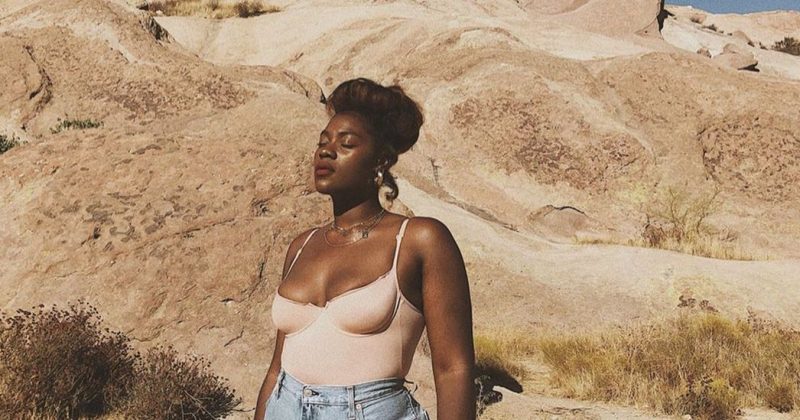 For The Girls: Lose yourself in Olayinka Ehi’s hypnotic sounds

To commemorate Women’s History Month this year, we will be discovering a new female artist every day of this month. Some of these women you may know, others you may have heard of and some will be entirely new discoveries. The aim is to spotlight the remarkable young women from around Africa, who are finding their feet through music and giving women a voice of their own.

Olayinka Ehi is a New York based, Nigerian R&B singer, whose forceful voice floats scenically over slow-paced instrumentals, offering up smooth, laid back vibes to her growing population of listeners.

Actively releasing music since 2016, Olayinka Ehi compiled her first body of work, Story in 2018, a formidable collection that encompasses all her various tastes, from the melancholic opener, “Story About You”, to the up-tempo electronic number, “B.G.S.N” (Baba God Said Nah), which closes out the 4-track EP.

Born in Nigeria, Olayinka’s Yoruba and Idoma roots are not only visible in her name, but also audible through her music. From the drum patterns on mid-tempo records such as “Do You Think” and “Jeje” (Story‘s second and third tracks), to her intonations as she sings and of course her Naija-influenced titles, Ehi seamlessly integrates her Nigerian heritage into her r&b style.

As well as being a meritable singer, Olayinka Ehi is also a keen songwriter. The storytelling on her lyrics is occasionally augmented by short spoken word segments that come at either the start or the end of whichever contemplative number she wishes to bolster. Besides self-reflection, Olayinka is also prone to unyielding confidence on her lyrics. On songs such as “No Love This Summer!” and “Good Girl Bad Girl”, she sings of her unequivocal sex appeal, her nonchalance towards men pining after her and her status as a perpetual Winner – “don’t get in my way” she warns on “Good Girl Bad Girl”.

Ehi’s latest offering came earlier this year, and we estimate is her most impressive track to date, “Terms and Conditions”. Atop a layer of enchanting strings, Olayinka Ehi sings that she is fed up and being taken for granted, so lays out her T&Cs. There’s no better song to introduce you to this rising talent, listen to “Terms and Conditions” right here:

Wojumi is a bad bitch and she’s going to bra-g about it. Tweet her your favourite female artists @dewoju

ICYMI: Let’s talk about the big bad F & why we should all be feminists