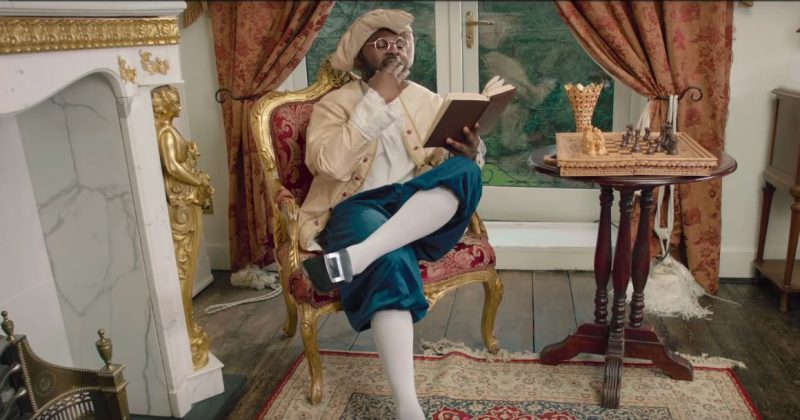 Falz, Maleek Berry and MEDIKAL get boujee for new video, “Next”

The last time we saw Falz in a music video, he was bare-chest and lamenting the poor state of Nigeria in a “This Is Nigeria” parody. So when we glimpse a figure with the same mane and glasses spotting a bourgeoisie costume and smoking from a fancy pipe, the disconnect is sharp and rather uncomfortable.

The Falz we get on “Next” raps “Say Hello To The Bad Guy, Some Dey Try Fight With Wrongest Negro”, while wearing a flamboyant Elizabethan style costume and being waited on by pretty handmaidens. Maleek Berry’s feature on the hook, interpolating his chorus from “On Fire” and the trap-inspired beats allow Falz operate in the realm of ostentatious glory in the recently released video as we watch him drinking tea and playing chess in the glamorous palace setting Visionniare Pictures directs.

The video for “Next” off Falz’s third studio album, ‘27′ features Maleek Berry and MEDIKAL who are also seen wearing the high-class costume. After referring to himself as “the bad guy” repeatedly, Falz’s budding reputation as a social commentator isn’t affected too much by the exuberance of “Next”.

Watch Falz, Maleek Berry and MEDIKAL in the video for “Next” below.

0000
Previous Article Davido has announced a forthcoming concert at the U.K’s O2 Academy