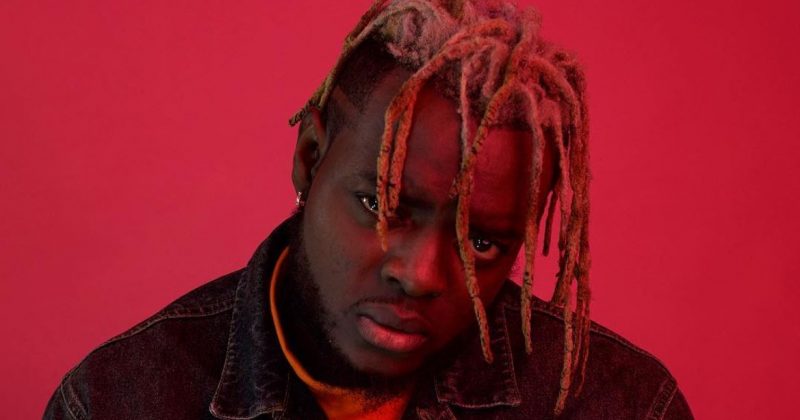 Since the release of “SOS”, Yung L’s trajectory from underground singer to mainstream success seemed set in stone. But like all great come ups, they are a few hurdles the singer would have to surmount before finding his rhythm. Starting from the few follow up releases that failed to receive the same attention “SOS” had, and a plateau where he thought he’d end up a middling artist. He reveals in his album’s “The Documentary” video that he considered quitting music last year when the album was originally set to be released. However, this year has seen him return to winning ways with a feature on Major Lazer’s “Run Up” remix that also featured Nicki Minaj and a recording deal with Chocolate City. With the label’s backing, Yung L finally has the platform to make that jump to elite status through his Better Late Than Never debut album. Switching from more Afrobeats influenced pop confections, Yung L’s first single off the album’s pre-released single,“Cheers” continued his dancehall affiliations and hinted at the direction his now released album would take.

My Debut Album #BetterLateThanNever just dropped!!. Link in my Bio!!. Thanks to everyone that made it happen!!. OUT EVERYWHERE #BLTN ⏰🚀

For his debut project, Yung L creates a cordial universe joined by Sarkodie, R2Bees, Poe, his Mr Marley alter ego and more music industry heavyweights than we care to count. The 19-track offering is delightfully sappy with subtle pointers at Yung L’s jovial character through the skits and almost 10-minute long “Voice Note” track, containing several artists singing his praise. Normally, this amount of hype only sets the bar too high and ultimately leads to a disappointing experience but Better Late Than Ever lives up to its brag.

Better Late Than Ever invents a space where two of dancehall’s more distinctive artistic sensibilities—Afropop and Reggae—are mashed up as though they were always meant to play next to each other. On “Where You Dey”, the opening track finds the perfect balance between the two as he performs a reflective number using Afropop melodies while casually roping in Reggae friendly patois tropes. But by the second track produced by Chopstix, he ditches all Afropop appearances for love inclined “Nina”, with the same swinging rhythm of all Bob Marley classics.

His dancehall dexterity allows him switch between genres as a DJ would to keep things interesting. Midpoint tracks like Sarkodie assisted “Pressure” and “Anya” doubles back to Afropop with the former’s Azonto tinged melodies and the latter’s Afrobeat influences. But rather than systematically juxtaposing the genres, he lets the melodies unfold with an organic sense of cadence—highlife guitar riffs appear on “Buru Hallelujah”, percussion chirps around him like crickets on “Cheers”—contributing to the unifying dance undertone of the album.

The album’s dance disposition finds fulfillment on “Gbewa” where he delightfully coordinates a dance routine, giving instructions; “Gbewa oh/ Gbe sohun” over the mid-tempo beat. But beneath the generous dancehall and feel good coloring of Better Late Than Never, there’s a subtle gospel to make the most of every opportunity and have a good time while you’re at it. You can stream the album below.