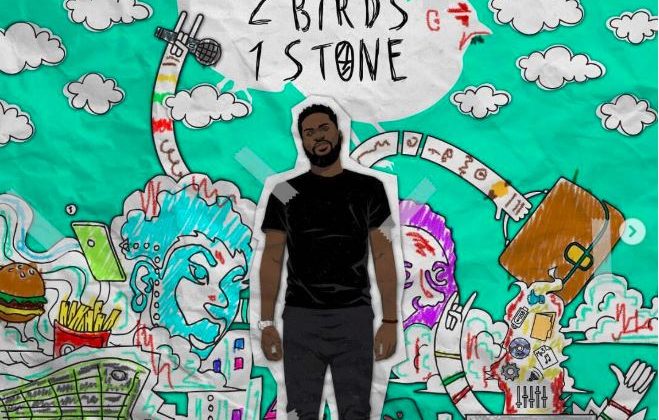 Former X3M label artist, Dusten Truce, just added an album to his growing body of work, releasing ‘2 Birds, One Stone’ as his third project. The 6-track tape blends several sonic influences from Hip-hop, Trap and the several variations of the contemporary Afropop to detail D-Truce’s different moods, emotions and stories from his life’s experiences. The album touches on themes lots of youths will relate with cuts like “Oga Police – 9-5 Interlude” and “Roll Up – The Hotbox Skit”, speaking exploring the pains and joys of the average Nigerian youth.

The brightly colored album art for ‘2 Birds, One Stone’ helped with the promotion of the project on social media as it portrayed the city of Lagos in a beautiful sketch, but the image wasn’t done for mere aesthetic as Dusten Truce also includes a tribute song to Lagos on the tape.

You can stream Dustin Truce’s ‘2 Birds, One Stone’ below.