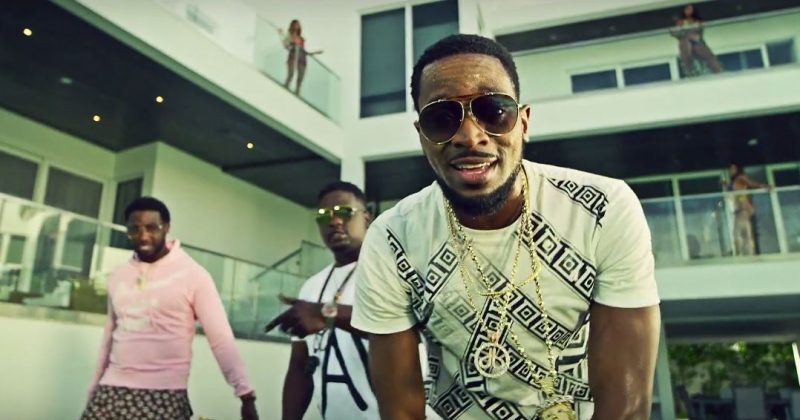 D’banj is no stranger to international features anymore than Afropop is to cross-genre collaborations. It’s not unusual to hear elements of Caribbean and hip-hop sounds in today’s Afropop releases but D’banj has just taken Afropop’s relationship with the global music industry to a new level. While he isn’t the first Nigerian to get an international recording deal, he can beat his chest proudly knowing others like Wizkid, Davido, Tekno and co merely had distribution deals with their labels, while he had a full 360 deal.

His Cruel Summer days may be behind him but the Ejanla clearly still has some influence in America. His latest album, the 12-track King Don Come has just one international feature but it’s not unlike him to sacrifice quantity for quality. Gucci Mane’s cult like following has gotten even more rabid since his return from jail time earlier last year. Asides his delightfully laid-back style of rap, his triumphant dark past makes him the perfect collaborator. And what better song to feature on than the one titled after legendary Mexican drug lord, Joaquín “El Chapo” Guzman.

The mid-tempo trap beats produced by Maleek Berry is perfect ambience for the glamorous drug-dealer themed video, which Eif Rivera directs. D’banj and Wande Coal deliver verses with Migos inspired melodies and ad-libs that stay true to the trap vibe and lifestyle “El Chapo” promotes —plus gold rings and violent NBA metaphors to match. Gucci Mane does what he does best (brag about his booming rock slinging enterprise) to give D’banj’s lavish and thug narrative more credibility.

Next Article Bobrisky is the Nigerian Millennial we deserve