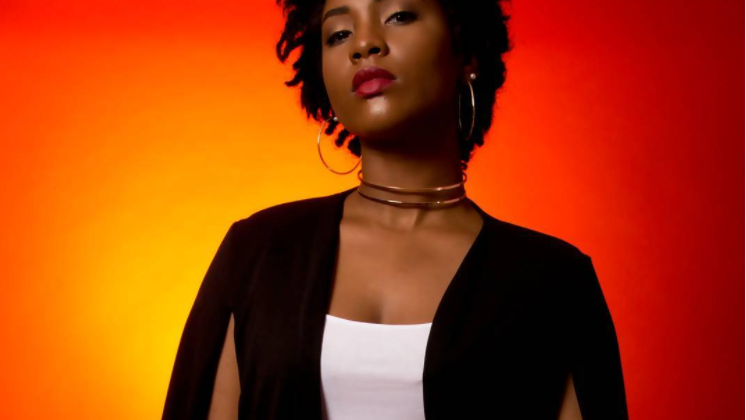 Sure the men of the ‘New Age’ musical renaissance have garnered the most attention and mainstream success, but with each subsequent release it becomes increasingly obvious that it’s the women of the ‘New Age’ that are making the kind of music that will transcend them. They are challenging the status quo, crafting carefully assembled songs with experimental trajectories and lyrics that actually burrow past the Nigerian predisposition to block out the lyrics and groove to the sound. And it is amazing to see them find their niches, and crush it, especially Davina Oriakhi.

Oriakhi’s been hard at work, reinventing her sound for this new era of her career and transitioning from being solely known as a spoken word poet. As part of the new era, she’s been working with a UK based producer Nobong D’ Synth, and experimenting with bending genre conventions. Her first single was the “Silence (Father Have Mercy”), a foray into the hard to pull off ska-rocksteady genre. Then there was the more classic 90’s R&B/Soul “F.S.L.S” and now a return to familiar afro-pop with “Juju”. The song opens with a cute little easter egg, an adlib from a Hausa folk song popular with children from Northern Nigeria. She code switches, weaving a sensual tale of a lover so charismatic it almost feels like he’s bewitched her with fetish magic. Religious metaphors help sell the fantasy, and faint trumpeting suggests afrobeat references.

It almost feels at this point that Davina is just having fun with the process and really enjoying the music she is making. And we are too, and certainly eager for a more comprehensive body of work.