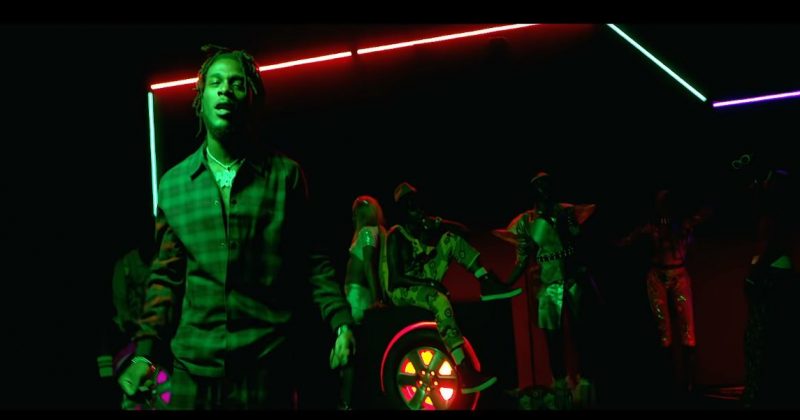 Tongues wagged when Burna Boy’s “Ye” video surfaced earlier last month. Since the release of the singer’s Outside album, “Ye” one of the much-talked-about cuts from the project has been dubbed worthy of being a new national anthem due to its relatable message. Yet, its accompanying video has been labelled a far-cry miss from the song’s message, due to the visuals merely cobbling up a series of hip-hop video stereotypes with no depth or subliminal message.

The track itself, set on the expression “Ye”, an obscure onomatopoeia with a multiplex of meanings, was borne of a series of spontaneities. According to producer Phantom, he produced the beat in less than two hours with nothing but a kick, piano synths and a few snares. The icing on the cake came by way of a vocal sample he had performed himself and layered on to the beat. The result of Phantom’s wailing cry lifted the simple arrangement into a pseudo-spiritual Afrojuju-inspired composition.

This distinctly harrowing sample is first reason “Ye” immediately reckons as an authentically Nigerian song. Enter Burna Boy who cuts straight to the heart of his message with very little intro; “This one na gbedu wey dey ja pata”. It’s not a sombre entry that compliments the wailing vocal sample that makes the beat so poignant, but Burna’s brashness is justified by a point of inflection he introduces on the track: “Dada cover my face, they calling me Lagbaja” .

The metaphor implied with this line is so apt that it could be considered as the strongest argument for a “Ye” premise. In literal terms, Burna refers to the stereotypical negative character assessment often given to Nigerians who carry dreadlocks, a hairstyle Burna himself has donned for many years. The double meaning of the line also speaks to an upward rise in police brutality, which people with dreadlocks are often susceptible victims. Burna’s “Ye” story opens from here, as he embraces the mystique of being ‘Lagbaja’ (which literally translates as a John Doe), with a follow up line about being a “biggie man”, whose social status is undiscernible because he doesn’t wear flashy clothing.

After this eclectic first verse, Burna’s outlook becomes more personal, as he looks for respite in a less altruistic life of switching G-Wagons for Bentleys. While Burna’s self-removal here echoes a man who isn’t overly burdened by larger society ideals, he also appears to be posing as the average Nigerian dealing with the average Nigerian problems; of a society where nothing changes because everyone is too busy looking to save themselves. Nobody wants to suffer or die without reaping the full fruits of coming on the earth, and Burna is no different from every Nigerian in that category whose greatest aspirations lie somewhere between exceeding wealth and personal advancement at all costs.

We no go kpai
We no go die
We no go kpeme
We go enjoy
We go chop life
We go buy motor
We go build house
We go still turn up!!!
–
–
Happy Independence Day Nigeria! 🇳🇬

“When it comes to money, I dey concentrate”, Burna sings, exemplifying a common mentality weaved into the life of every Nigerian: the hustle for money. Even Burna’s brag to unknown rivals about his pedigree and status don’t feel out of place with how the average Nigerian motive for seeking wealth is to flex on “haters”. Considering this context for “Ye”, its no surprise that Burna ended up with a hip-hop-inspired music video with models, visible opulence and bright lights. If there is any reason to seriously consider “Ye” as a new Burna anthem, it’s because it embraces the anathema of every self-interest seeking seemingly “good-natured” Nigerian. Many fans will still disagree but it is the most Nigerian portrayal of a very Nigerian story.

ICYMI: Burna Boy’s official music video for “Gbona” is a delight to watch

Next Article Korede beckons to Nigerians to spread love and light on “Champion” and Bless me”: Listen