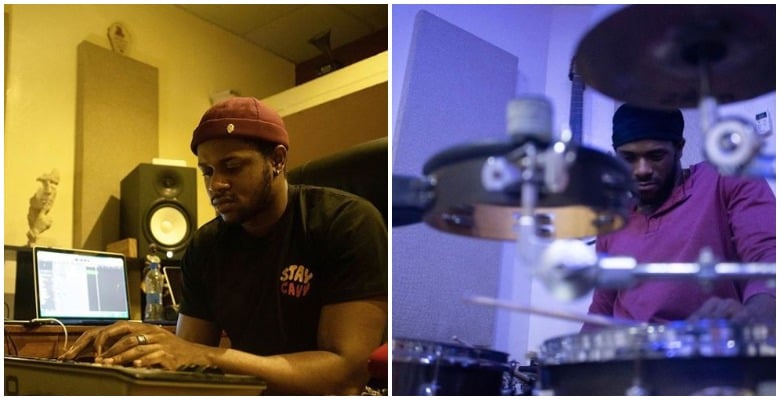 In music—African music, to be more specific—the past always serves as a veritable source of inspiration for the present. Whether it’s Odunsi revamping Nigerian disco-funk from the ‘80s, or Worlasi taking sonic and spiritual cues from Ghanaian ‘60s & ‘70s folk for his last album, ‘Worla (the Man & the God)’, or Amapiano repurposing the distinct percussive elements of Bacardi folk, a significant portion of contemporary African music clearly has strong ties to past styles of music that defined previous eras.

Projecting vivid influences from Igbo highlife of the ‘50s & ‘60s, the Cavemen, made up of bassist Kingsley Okorie and drummer Benjamin James, have embraced a nostalgia-inspired narrative and approach to their music. Last year, the sibling duo shot into a higher level of visibility following integral contributions to Lady Donli’s excellent debut album, ‘Enjoy Your Life’, and their cult classic debut single, “Osondu”. Those releases showed how they used older inspirations as the framing device for their unique agenda: “We’re bringing vintage highlife back, but we’re also adding our elements to it—we’re making highlife futuristic,” the pair explained to us a while back.

“Anita”, the latest single in the lead up to their upcoming debut LP, ‘ROOTS’, consolidates on the Cavemen’s dedication to be much more than revivalists. In trademark fashion, the nod to vintage highlife is clear, but what makes the song truly special is that it sounds concurrently of-the-moment and instantly timeless.

Anita Out Now… Link in the bio. Post your videos and tag us if you will 🌴. Edited by @lolafashola_

While their style of music is considerably niche within the framework of modern Afropop, the Cavemen generally make music that’s really accessible and downright enjoyable. On “Anita”, though, they ramp things up a bit on the visceral side, putting together their own version of a club-ready song. The rustic elements and tight musicianship that accompanied previously released songs remain a fixture, with knotty guitar motifs, jangling shekere riffs and sizzling drum rolls combining to form the wickedly groovy sonic backbone. The catchy part comes with the chorus-driven song structure, filled with easily memorable lyrics and irresistible melodies.

“Anita eh, you go killi somebody”, Benjamin hysterically howls in his helium-pitched voice, singing a familiar version of words we’ve heard so many times in afropop, but he channels those sentiments in a way that borders on true devotion to the song’s titular character. Where previous singles saw them ceding space in front of the mic to one another, Kingsley delivers backing yet prominent vocals on “Anita”, adding a higher level of synergy to what we’re used to hearing from the Cavemen.

It’s difficult to tell if this is the Cavemen at their absolute best, since they seem to set the bar higher for themselves with each new song—‘ROOTS’ will be ideal gauge for that. But for what it is, “Anita” is a near impeccable song that underlines the Cavemen’s uniqueness, as well as the endless possibilities of their chosen sound.