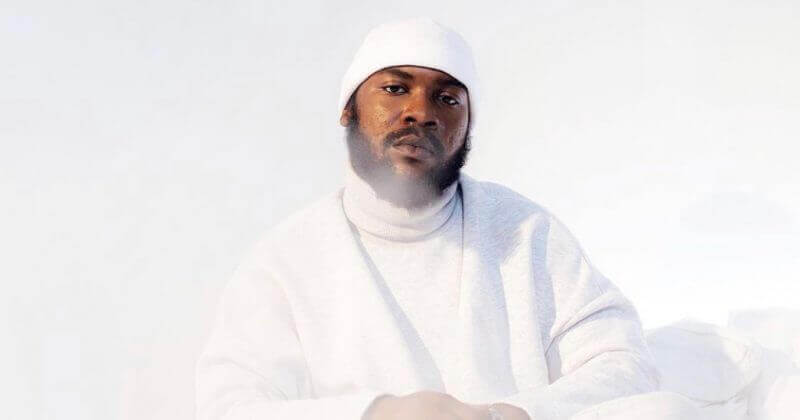 Since his debut on the scene back in 2014, Abuja’s Tay Iwar has operated as one of Afropop’s most enigmatic characters. Save for the raw emotion that drives his releases and gives listeners a rounder view into his world, the reclusive artist is largely out of the public eye, choosing only to release music on his own terms and fading back into his solitude when that is over.

The best part about a long period of silence from the singer is the reassurance that he’s going to emerge delivering songs that will linger long after they are released, thanks to his irresistible vocal abilities. Although Tay Iwar’s vocals was one of the momentous inclusions of Wizkid’s magnum opus, ‘Made in Lagos’, the last official solo release from the singer was back in 2019 when he shared his debut album ‘Gemini’, a collection of love songs that hones the singer’s sonic reach and his collaborative project titled ‘Gold’ with producer Le Mav.

Two years since then, the singer now shares his latest single titled “Peaking”, the first promotional single from his forthcoming sophomore EP ‘Love and Isolation’ which is said to feature Nigerian singer, Asa.

Over the past few years, Tay Iwar has spent his time forging a sound he calls “Afro-fusion”, an intoxicating blend of catchy and romantic Afrobeats and R&B, skillfully crafted with meaningful lyrics that find him recounting familiar memories for anyone ever been entangled with unrequited lovers. His latest release “Peaking” is no different in this regard, the song’s piano-led beat creates the perfect backdrop for the singer to showcase the depth of his vocal abilities while sounding off familiar lyrics about a romantic interest that he can’t quit yearning for during his periods of isolation.

“I just wanna see ya/I’ve been sipping, overthinking/Stuck inside my house and I just wanna see ya” he sings in the opening moments, declaring his unshakeable feelings for this muse who he can’t seem to get off his mind as she has him up late at night, mulling over their next fated encounter. Tay Iwar delivers a lived-in approach to portraying romantic relationships, banking on the reliability aspect in his songwriting to endear the song further to listeners who may also be contemplating the course of their own sour romantic encounters while inebriated late into the quarantine nights. It’s the universality of his lyrics and the conviction in which they are delivered that turns muddled emotions into the stuff of singalong choruses.

“Peaking” pulls together delectable piano strings and Tay’s distinct otherworldly voice which blend seamlessly as the song continues to build. When he declares “Baby I’m a fool for ya, I don’t wanna be without you”, it’s hard not to draw parallels with the romantic muse on “Monica”, a standout from 2019’s ‘Gemini’ that found the singer recounting his experience with a toxic lover gunning for his demise. Tay never shies away from grand emotions or grand displays of his affection, his music shows a willingness to learn from as many lovers as he possibly could, enjoying their company for the moment and drifting away when it no longer aligns with him.

But with this particular muse, he finds himself yearning every step of the way. Tay Iwar doesn’t conclude whether it’s the liquor that’s got him longing for her love or it’s the long nights in isolation that he lay awake thinking of her, or whether it’s a combination of both factors that surmise his present feelings. Whatever the case may be, the destination seems to remain the same–with Tay completely enamoured by his lover.

Listeners move as lyrics are repeated to build towards a deeper narrative and though he claims at a point that “You see me, Imma act brand new”, the song ends with a final look in the rearview as Tay melodiously quips “I followed my heart and it led right next to you”. It’s clear that no matter how much he wishes to pull apart or drown his feelings in liquor, he seems to operate with the idea that he will remain steadfast in his affection for his lover. “Peaking” is a first glimpse into the sonic world surrounding the singer’s upcoming project release, one that seems intent on continuing in his line of romantic love tropes.