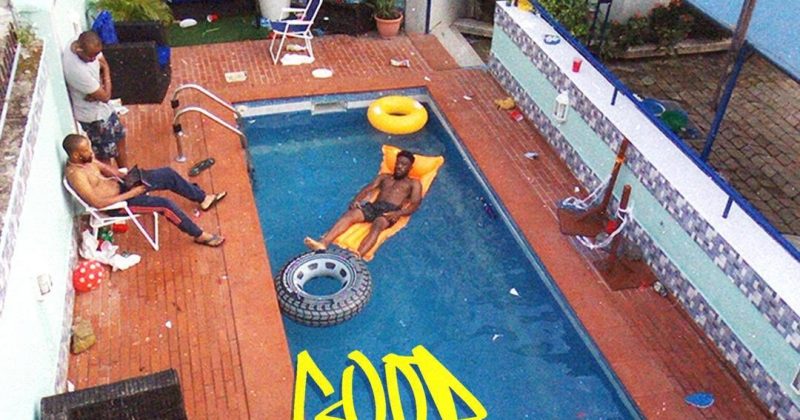 Chillz first surfaced last year as one of the indelible guest-appearances on M.I’s playlist-album, Rendezvous . Over haunting-synths subtly-laced with sounds of ocean waves crashing at bay on opening track “Sunset”, Chillz interweaves relationship woes with for his strife for inner peace. It’s a rather unceremonious introduction for a little-known artist, but his intuitive vocal performance hinted there was more to expect from his smooth lo-fi delivery on “Sunset”.

His new project, ‘Good Vibes, Vol.1’ comes into full view on “Start Again” — a pseudo-motivational number about perseverance in tribulation. Excluding the intro track, “Start Again” is the shortest track on project creasing at just 90 seconds.

Afropop is the happiest genre in the world at the moment and Chillz’ new project sits apeak the wave. Gan-gan drums and synths set a gospel-like ambience for Chillz to open with, ‘When life brings you down to your knees, hold on, you go stand again’. “Start Again” melds these afro-folk nuances with a contradictory twist to the motivational-speak of bouncing back after failure.

Chillz awareness of the importance of decompression and ease is the strongest theme on ‘Good Vibes, Vol.1’, but it’s easy to misunderstand it as another summer-filtered Afropop project. Luckily, “Start Again” is monumental because there’s always a tendency for this kind of music to spiral downward from hyper-laidback and positive to predictably corny. Chillz’ world view is surgically realistic. Instead of proffering sheer will and might as the only go-around for difficult times, “Start Again” posits strife as character-building for a greater purpose, not life’s way of beating us down. Now, that’s reassurance mere higher vibrations (whatever that is) will never give you.

Next Article This Instagram page allows you relive your childhood nostalgia