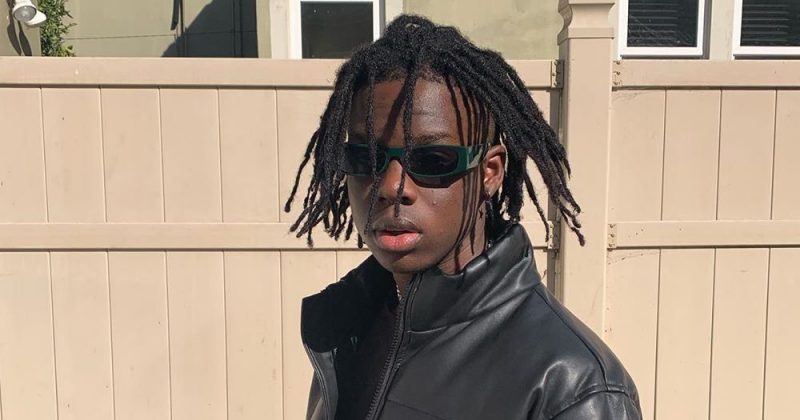 Rema is a musical enigma. His releases are almost unpredictable as the Mavin star seamlessly segues from drum-heavy afropop numbers to emo trap freestyles and then back again to afropop melodies in seconds.

Gone are the days of constricting personas and sounds to adhere to the narrow views of what could make afropop a marketable genre and Rema’s success is testament to that. His versatility is one of his most defining qualities, and one of the many reasons why we love the TRYBE star so much.

It’s clearly Rema’s world and we’re just living in it as he’s constantly churning out ‘[another] banger(s)’. Fresh off the buzz of his last release “Ginger Me”, the twenty-year-old artist has just released a new single titled “Alien”. For those that are familiar, we’ve been expecting “Alien” for some months now, following the Benin City’s rapper’s call for graphic artists to submit their entries to feature as the song’s cover work and it’s finally here. Just in time for us to rage.

The emo-trap record was produced by Level, and is an instantly memorable one as it begins by sampling Jay Z’s 1996 classic, “Dead Presidents” accompanied by the sound of a can opening, similar to Lil Wayne’s signature lighter flick at the beginning of the song. The song’s futuristic production matches the force of Rema’s self-assured delivery as he glides smoothly on the synth-led arrangement.

On the pre-chorus, he sings ‘I don’t think they even understand me/I’m an alien’, to end a verse where he says he says he’s got money coming from everywhere. More than just an upbeat song for the ragers, Rema is confronting his heavily criticised entry into the afropop or trap scene. He feels like an alien because his trap sound is a different side of him, that many listeners in his home country do not wholly embrace because of the oversaturation of the afropop genre. This does not deter Rema as he sends a message to the naysayers that he’s still doing well without their endorsement.

Singing ‘Mama ask me why I do what I like/They don’t understand’, it is clear that Rema is struggling to reconcile these two very different parts of him. Rather than let it get to him, he doesn’t stay where you’ve left him. In fact, he welcomes his alien status because it is who he has always been all along. Just as the song is about to fade out, the track evolves into a siren cry, with his hazy voice signalling his train of thought as he utilises that repeated cry with phrases such as “Don’t leave me” and “I’m an alien…”.

Much like some of Atlanta’s greats like Young Thug, famously known for his inaudible adlibs and shrieks, Rema sends the message that he is capable of conveying feeling without explicitly vocalizing fully-formed ideas. Rema has never been one to play by the rules, and the glaring sonic differences between “Ginger Me” and “Alien” makes this clearer than ever.

Next Article NATIVE TIME ISSUE: Tems, The Girl On Fire