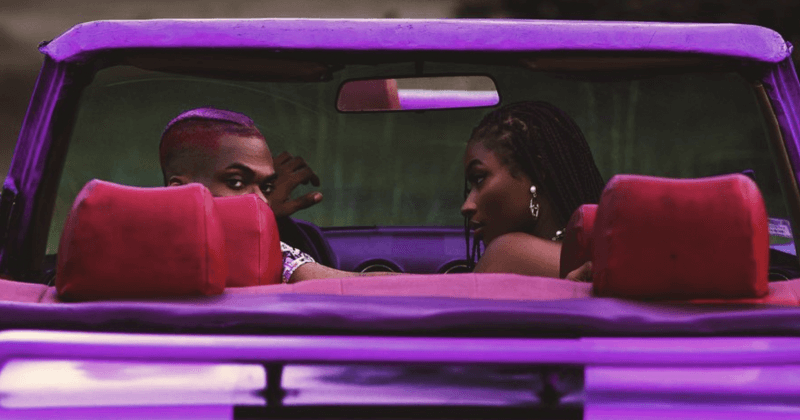 Regardless of the lockdown and all the heart-breaking social issues we’ve been dealing with over the past few months, romance still remains a prominent theme in Nigerian music. Yesterday, we celebrated the first Valentine’s holiday since the pandemic hit Nigeria in March 2020, and CKay’s 7-track EP, ‘Boyfriend’, which he described as “a literal piece of my heart” is very fitting to the time. Inspired by a romantic situationship during the thick of lockdown, the tape expresses the physical longing that accompanies emotional intimacy, as exemplified by standout track, “Jeje de Whine”, on which the singer sets a vivid, ultra-sensual mood.

Even though CKay gained mainstream attention from one of his more boastful singles, “Container”, he’s shown a more consistent commitment to making sweet and romantic music for dancefloors these days. ‘Boyfriend’ capitalises on that preference, his artistic growth since his semi-eponymous debut EP is clear, as he looks to lean even harder into this lover-boy persona on the way to wider ubiquity. Released under his fairly recent recording deal with Warner Music South Africa, the project finds him adopting the titular personality, essentially a more liberated and steamier version of his prior persona on ‘Ckay the First’, which spawned the huge hit, “Love Nwantiti”.

Understanding that many of us need the extra motivation to migrate from our beds to the dancefloor, the self-produced “Jeje de Whine” is set to the mid-tempo groove of a sensual Spanish guitar riff. All quiet humming and misty, it’s a sensual self-produced number that inspires racy thoughts while retaining afropop’s dance-driven quality. “Folake don’t leave me/ I need a little more of your love”, Ckay murmurs to open the song, sounding both confident and deadpan over the ambient Afropop instrumentals. Where other Afropop songs might explode, this one contracts to a state of icy minimalism. The song’s laidback progression allows CKay to adopt a scatting melody: “Kerewa kpati kpati kpa”, which is reminiscent of Zule Zoo’s sexually charged classic, “Kerewa”.

“Jeje de Whine” speaks to romance’s commercial viability in afropop, with its feature as one of the most-streamed tracks from EP, which debuted at the top of the Apple Music albums charts in Nigeria shortly after release. The song itself, currently at No. 32 on Apple Music’s songs charts in Nigeria, seems primed to ascend considering that it has all the makings of a track that can catch fire across the continent and become a legit African smash. CKay certainly thinks so and he has pre-emptively gone ahead to change his social media name to Africa’s Boyfriend.

Next Article Watch Dice Ailes in video for his latest hit, “Money Dance”