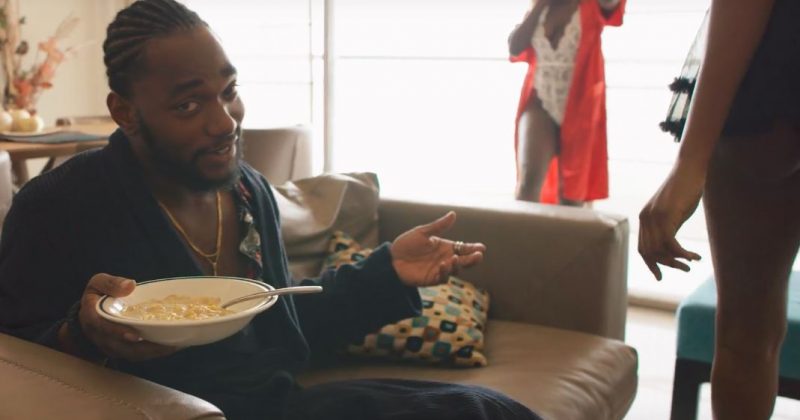 AYLØ debuts with the video for “wys?”

Since emerging in 2016 through his well accepted ‘Honest Conversations‘ EP, then doubling up with a more centered sophomore project, <insert project name>, released last year, AYLØ has managed to build quite a remarkable following despite not being the most visible artist. Besides a handful of live performances, it takes some expert level Google search skills to find AYLØ on his Instagram where there are a few shots of him. With the release of his debut video, “wys?”, we see him making an effort to connect his image with his music brand.

“wys?”, is released in collaboration with brands like Samsung Nigeria and HelaBase. But it’s the playboy figure AYLØ strikes in his robe, chains, braided hairstyle and accompanying sexy models that make the video a moving, much-deserved celebration of self. So much so that it’s almost fitting that featured artist, Santi only makes an appearance through his name on a phone’s screen. In accordance with the ballad’s soothing affirmations of vulnerability, the clip is soft and relaxing.

Watch the video for AYLØ and Santi’s “wys?” below.

ICYMI: Listen to AYLØ and Amaarae’s “Whoa” off his ‘<insert project name>’  project

0000
Previous Article Watch the L.A.X and Wizkid in their video for “Nobody”