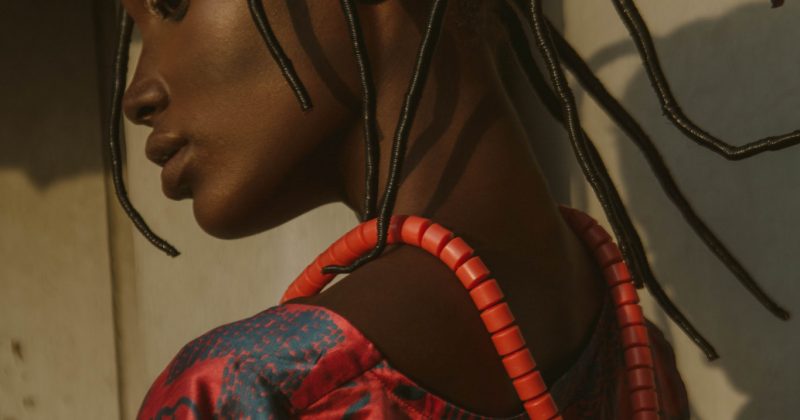 Film maker and stylist Daniel Obasi has become one of the biggest dissident voices to emerge in Nigeria’s fashion and alternative art scenes in the last half decade, his work distinguished by its attention to otherness, its exploration of femininity as a way to navigate the world and its heavy leanings on afrofuturism and afro-dystopia. But Obasi didn’t really come into his own until he turned briefly away from the camera and the clothes rack and took on film making. His debut film, the dubiously named ‘Embers of Bloom’ was an unexpected triumph, buoyed by excellent casting (models Daberechi Kalu-Ukoha and Ifeoma Nwobu bring an electric chemistry to the shots that are intimate while remaining innocent), song selection (Mary Akpa’s “Collide” provides excellent mood music) and of course, Obasi’s styling genius. ‘Embers of Bloom’ spoke to an unvarnished otherness that Obasi tries to recapture in “Illegal” his new short film.

With a spoken word piece narrated by Josiah Osagie and original music by Snargzy, Obasi extends a photo editorial commissioned for fashion retail site Oxosi.com into a five minute fashion film edited by Robert Matuluko. The film follows Daberechi Ukoha-Kalu and Tobiloba subomi who are both garbed in Nigerian designers and stuck in some primitive settlement dress as they though they live outside of contemporary times. On the surface the film references all the right things, afrofuturism, androgyny, Nigerian designers like Raya Jewellery, IAMISIGO, Orange Culture, Rayo and Tsemaye Binitie; but that’s all it does, reference these things. “Illegal” never goes beyond referencing, there are so many places the film could have gone with its iconography, so many stories it could have told but the film never gets around to any of it.

Perhaps, if the film had been more stringently edited and the near three minutes of repetitive imagery cut out, the film could have told a much more succinct story. The length of the film, the repetition of scenes at the expense of the clothes kept “illegal” from becoming a promise fulfilled. The fashion film has evolved beyond the generic trope of models lounging and and looking forlornly at the camera, and compared to the rest of Obasi’s oeuvre, “Illegal” simply don’t pass muster.

Revisit our story on Obesere’s similarly controversial rise to fame

Next Article Six videos you need to see this week