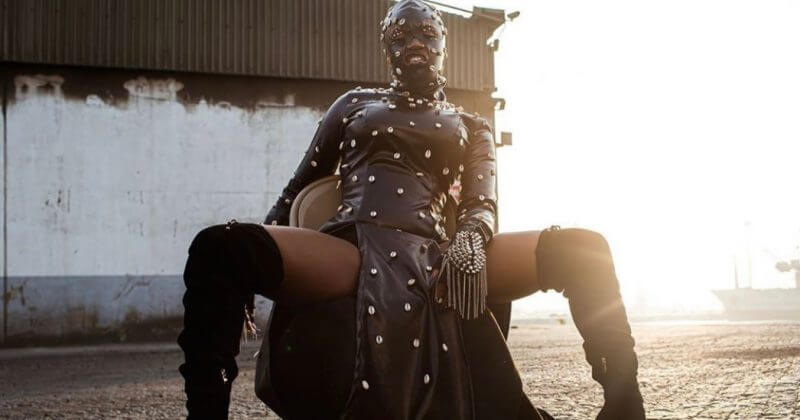 Three years after the release of her neo-soul EP, ‘Passionfruit Summers’, Amaarae is finally set to release her debut full-length LP ‘The Angel You Don’t Know’. All year long, she’s been whetting our appetites for its release through the project’s pre-released singles “Leave Me Alone” and “Fancy” as well as hosting a series of intimate Instagram Live sessions with her fans, where she sometimes teased some of the songs off the project.

Now, the moment is finally upon us. Initially delayed from its original release date due to the singer’s decision to give attention to the current challenges across Africa, the album will officially be released next weekend on November 12th and we couldn’t be more excited.

“Sonically, The Angel You Don’t Know is a testament to my love for music and my capabilities as an artist. I’m working within different genres and styles and really pushing my personal boundaries – faster tempos, ballsier lyrics, edgier textures and tones, the same is evident in the visuals as well. Spiritually, the energy is God level. The confidence. The audacity is evident throughout the record. I’m not backing down on any song.

There’s a range of moods and energies sometimes it’s sexy, sometimes it’s anarchist, sometimes it’s sad and other times it’s playful. At its core, this project is my form of gospel. I’m on a quest to evangelize the people. If you weren’t an Amaarae believer before. You have no choice now. I went to great lengths to make sure that there was something for every sort of person.”

From the trailer, this is made abundantly clear. We can hear the audacity she speaks of through some of the snippets, especially in the rock-inspired song played throughout the trailer. ‘We’re gonna run it up it’s getting wild’, and we already knew, but she has now confirmed it and got us even more excited with this new reveal.

You can pre-add ‘The Angel You Don’t Know’ here.

Next Article ‘Citation’ is now streaming on Netflix Naija