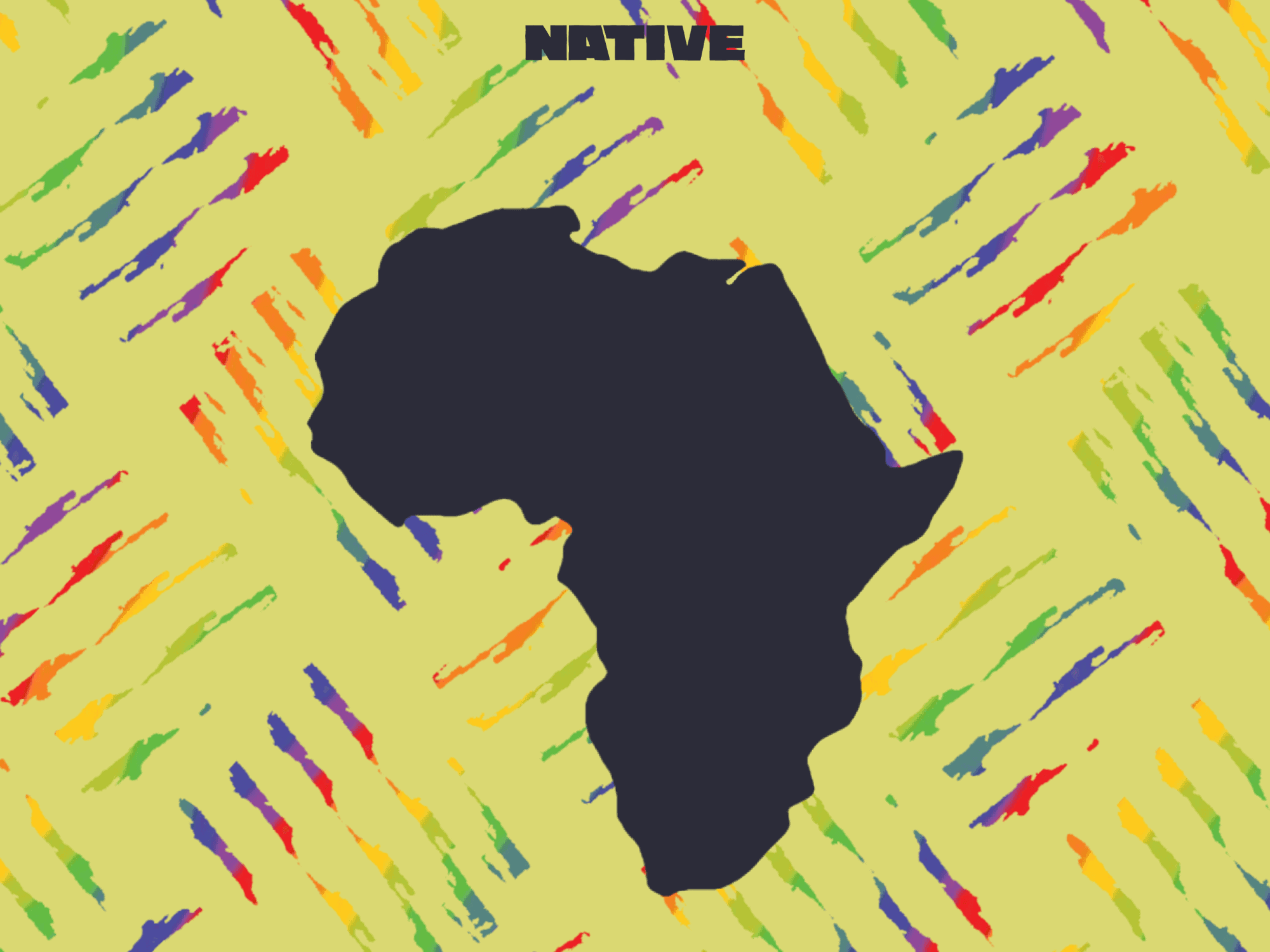 For Us By Us: Pride is Everywhere

The significance of pride in Africa

Nosazemen Agbontaen is a writer and photographer who enjoys engaging in various forms of creativity. She grew up in Nigeria and is currently based in Canada.

The hair salon used to be a central part of my life much like church and school, in the way it blended into the sphere that made up the bubble of my childhood. Some saloons were better than others; some had insects flying about, some were not saloons at all but small sheds on the side of the road where the hairdresser would shift my head into uncomfortable positions accompanied by unfavourable smells -a rite of passage for many young Africans like myself. My memory of Richard’s saloon fell on the favourable side.

Childhood increasingly becomes fragments and fragments of disjointed memories, however, my memory of Richard’s saloon fell on the favourable side filled with lots of laughter and joy within. Richard was a flamboyant man. Even at the age of four I could feel that something about him was different from the other men I knew. He didn’t walk like there was something heavy on his back like most men did to accompany their swagger. In fact, it was quite the opposite. Richard’s back was very straight, and his chest was very upright. His upper body was not the only aspect of his that was unique from other men I knew. His voice was soft, and his laughter, high-pitched  that would spur similar bouts of laughter in everyone else. It was inviting and unassuming and free. It was a familiar movement that I had seen from women around me and on television. A movement that myself and other girls would practice when we were “doing shakara” or “catwalking.”

Do you remember Richard?

He died from HIV.

When I was ten years old, my older sister gave me this news that she had passively heard from adult gossip that always seemed to always fall into her lap. Richard had passed away from a disease that waged a war of fear on the average Nigerian and rampaged the bodies of its victims alike. It was on television, in popular ’90s shows like ‘I Need to Know’ – a harbinger of the dangers of unsafe sex- and advertisements warning that “AIDS no dey show for face o!” Queerness was not something that was overtly discussed at the time, but when it was discussed, it was accompanied with undertones of mockery and shame through the subliminal message that practicing any activity related to homosexuality would result in HIV/AIDS.

Nearly every African country has a variation of the hibiscus drink that Nigerians call ‘zobo.’ In Senegal, they call it ‘bisap’, in Mali it is called ‘dabileni’ and in Ghana, they call it ‘sobolo’. I learned this and more similarities in the African Students Association at my university campus. Formed and governed by students from all over Africa, creating a vision of what a borderless version of the continent could look like. It sometimes felt like home in a country where I had struggled to catch a hold of that feeling. We wanted to be the change that we wished to see in Africa. We held seminars, organised parties, and raised money for charities on the continent. However, our small group was teeming with a certain prejudice. Once, when it was suggested that our club host an event in collaboration with the LGBT+ club, several members strongly opposed while making jokes about the organisation. It seemed that although we were ready to unite against a common problem: the ineptness of our leaders, we were less willing to release this particular injustice we ourselves were perpetuating.

Questioning the status quo was discouraged in two of the three structures that completed the bubble of childhood, namely church, and school. But in the third structure, the saloon, the question “why” sat with me. Not “why was Richard like that?” because there wasn’t a question about that, there was an understanding, a knowing. Richard was Richard. But why was it not okay for Richard to be Richard? I had seen people beaten on the road for accusations of same-sex relations or “man wey dey do like woman” or “woman wey dey do like man.” People existing in a way that was opposite to the roles dictated for them to perform from birth. Through those actions of violence, the question “why” had been buried alive. It clawed its way out as I contended with my own queerness when I was in a space that “why” was okay and fear was not the ruling party.

As the world was becoming increasingly difficult to endure last year, I read books like I was trying to quench an insatiable thirst to live in a different world. Ones that preferably didn’t involve a raging pandemic. I entered the world of Ijeoma, the queer protagonist of Chinelo Okparanta’s ‘Under the Udala Tree’. Inside, was a different pain nonetheless but a familiar one. A pain that brought up questions that reading Chinua Achebe’s ‘There Was a Country’ supplemented. In both books, the experiences of Nigerians during and after the civil war are examined. Okparanta answered questions for which words did not exist in Achebe’s more conventional book. What happened to the queer people? They were there. Did they suffer? They suffered and not only for their ethnicity but for their sexuality, too. Both Okparanta and Achebe’s work reflects upon how important it is to not emulate prevailing injustices. Because when an authority denies one group of their rights to be, they are taunting their power to take from their citizens at will.

Queerphobia is a common scapegoating tactic used by authorities with failing structures to misdirect blame. During the rise of Adolf Hitler in Nazi Germany, men who engaged in any actions deemed queer -from gazes to sexual activity- were tagged with pink triangles and sent to concentration camps where they were castrated, used for experiments, or killed. The regime continued to arrest gay men, Jewish people, Black people, and anyone they scapegoated as a threat to their progress. During the #EndSars protest, LGBTIA+ Nigerians were taunted for claiming their stake in the movement even though they experienced violence from the state and the police in numerous targeted ways and “14 years” has become a running joke within and outside the community, but the signing into law of the Same-Sex Marriage Prohibition Act was also a perilous experience for many queer Nigerians. In Uganda, 44 men were arrested as they prepared for their Pride celebration. In Ghana, 21 LGBTIA+ activists are still awaiting trial for simply gathering in a place. People often associate the LGBT+ community with crime, but that is because these same people are too afraid to ask what exactly makes it a crime. Pride month began as a protest in San Franscisco, California and it is still a simultaneous celebration and protest for many, including queer people across Africa and the diaspora. Joy is not a frivolity and neither are human rights.

Twenty-two years later, I would visit another salon in Nigeria that would answer “why.” I had long abandoned religion and finished university, but I would always need the salon. “Can I take your number?”, a woman in this saloon asked and I gave it to her without the usual hesitation that followed this question. I had spent two weeks in the sleepy town of Benin City with only my father, his wife and their help for company. Reconnecting with my former schoolmates didn’t hold much of an appeal since it felt like a gamble to open myself up to the homophobia and matching piety that would likely accompany their presence. She asked me to meet her at a popular venue in town that I looked up on Instagram, but the insecurity in Benin made me decline the offer. Instead, she met me at my house the night before I would be leaving for Lagos. We met at the front yard and sat under a gazebo with no roof. The roof that used to cover the pillars had caught fire after a stray flame flew in from the neighbouring compound and burned it down.The last time I had visited Nigeria, I was still coming to terms with my sexuality but, this time, saying “I mostly date women” came as easily as saying my name or age. So, as she and I traded information to bring familiarity to the space of stranger, I revealed my sexuality and she revealed her own. It came out of her like a weight that she was taking off her chest for a moment to breathe properly. We were safe here, under this gazebo with no roof. There was nothing to hide from. In a small way, that night we had our own private Pride celebration because what is Pride except shedding shame in favour of visibility? “Don’t forget me.” She commanded, and I abided. I wouldn’t forget her.

How could I forget that queerness was everywhere, and I had found it again in a salon?

I’m a big fan of celebrating life in general, especially in a world where suffering and pain are so rife. For a demographic exposed to such a high rate of death and abuse for their sexuality and identity, it is important for the African & diaspora LGBT+ community to celebrate life too. To celebrate the fact that people like Richard existed; people like Richard were killed by a disease that was so poorly managed because of fear, a disease that disproportionately impacts queer people and leaves behind fragmented memories and unmarked graves. I celebrate in the hope that more lives will be saved from shame and fear by joy and pride. Africans are known globally for our way of celebrating. We throw elaborate weddings, extravagant funerals and over-the-top birth celebrations. They are simultaneously a show and a gathering of a community that takes place to be seen and to be honoured. What would it look like to celebrate queerness with equal grandeur?

ICYMI: How Nigerian men are embracing self-expression through beauty and fashion