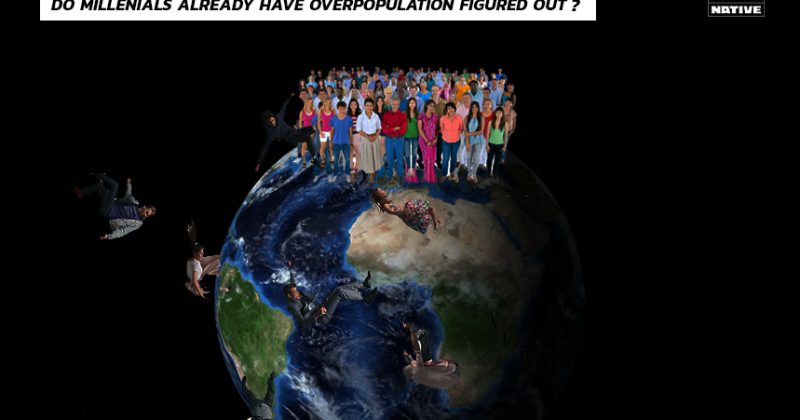 World population day: Do millennials already have overpopulation figured out?

What’s so special about millennials’ sex lives that a bunch of editors decided it was newsworthy? If the panicky headlines of Time and Forbes are anything to go by, millennials shying away from sex is a sign that terrible things are abound but the generation in question doesn’t see anything to it.

In world of billions exists a generation which may be the answer to overpopulation. The millennials of the late eighties, nineties and early 00s are living in a sex-progressive age but they are surprisingly closed up on the act itself. In the research which was quoted by Time.com and Forbes as well, the author of the paper, Jean Twenge expressed surprise on the results of the study but she outlines reasons why this might be so and what essentially would be the possible outcome of it.

Compared to previous generations, millennials just don’t have the time or mental energy to spend on sex. It’s true. Where the Baby Boomers and Generation X were able to fill their free time with hook ups and promises of ‘another time’, millennials are preferring to delay crossing sexual milestones in favour of working towards fulfilling their ambitions. In Forbes, the description was “[It’s] a highly motivated, ambitious generation.” Besides, having yourself and your friends as part of the world’s most chronically depressed people isn’t a great motivation to get down and dirty.

Funny enough, millennials are just being really considerate. Baby making cannot be a top priority when you’re more concerned with bailing yourself out of student loans, overdue rent or just trying to survive. Contraceptives have made sure of that. If you want to have kids as a millennial, you’ve got two options: sacrifice your time or wait until you are in a better position to have one. Children are just too expensive for millennials. It’s a matter of commitment, something most millennials aren’t ready for in the short run. Maybe later but right now is for surviving and nothing else.

Overpopulation is no joke and millennials know it. After all, they are living on a planet trying to cope with one. What’s the point of having a baby if you don’t have the resources to raise it? There is certainly no need for scientists and social analysts to panic when Generation Z is doing what they can slow down the population growth. Sure, some of them might not know that they are but the truth remains that today’s young people now how the excesses of previous generations have shortened their chances. Quickly depleted resources, scarce amenities and populations which are barely able to afford the average standard of living are the battles that current governments are fighting.

But in countries where the population gap is vast, many attempts have been made to tempt younger into having sex and more if possible. Still, millennials aren’t budging and despite criticisms on how Jean Twenge’s data was gleaned, facts are facts. Millennial sex lives are practically nonexistent. So how about giving the panic a rest and let millennials do what they know best: not having sex and not making babies.

ICYMI, Read Up: On Environmental Day, The Place of Celebrities and Climate Change