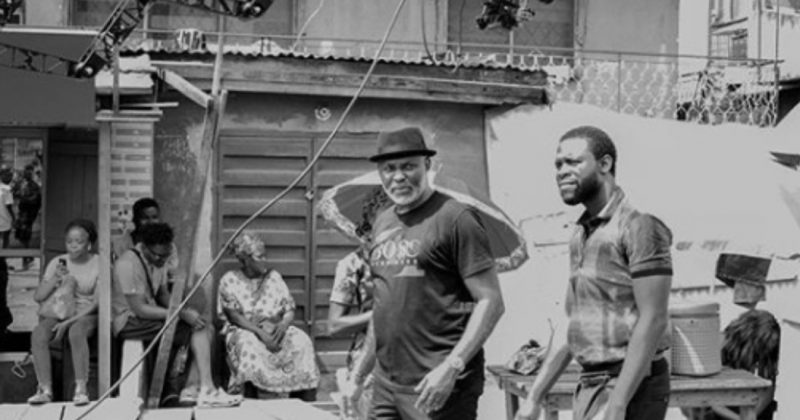 Watch Daddy Showkey, RMD & more in the the tense trailer for ‘Seven’

Since Tosin Igho made his Nollywood debut with his 2018 film ‘The Eve’, starring Nollywood veteran John Okafor and Beverly Naya, it became clear that he was one to watch, and we’re definitely watching.

This year, he’s been working on a new film titled ‘Seven’ and given what we know so far, we’re excited for what’s to come. Popular webseries, ‘The Men’s Club’ & ‘Rumour Has It’ star, Efa Iwara plays Kolade, the wealthy irresponsible son of a businessman who following his father’s death, is given seven days to survive in Ajegunle. This task is given to him by his late father as a prerequisite for gaining access to his inheritance and his late father’s estate.

The trailer also shows us the arduous encounters Kolade faces while living in Ajegunle, a world filled with thugs, guns and violence. Other cast members also include Richard Mofe Damijo, Bimbo Manuel, Daddy Showkey and Orezi. The film is set for release on November 29.

Watch the trailer for ‘Seven’ below.

Next Article Watch Yemi Alade in the cheery video for latest single, “Vibe”