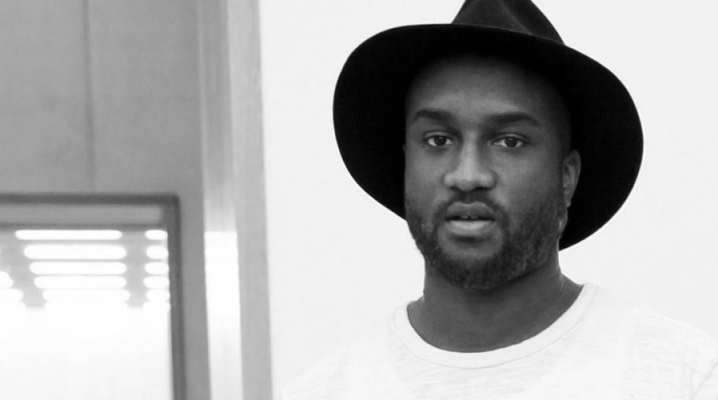 Ghanaian-American DJ and fashion designer, Virgil Abloh, has been announced as the next artistic director of men’s wear at Louis Vuitton. Abloh, who is the founder of street-wear fashion label, ‘Off-White’, is taking over from Kim Jones and is expected to debut his first collection with LV at the fashion week taking place in Paris this June.

Though Abloh has isn’t exactly new to the spotlight having worked as Kanye West’s merchandise and art creative director and adviser, he expressed his gratitude for the opportunity to work with Louis Vuitton. In an interview following the announcement, he said: “It is an honor for me to accept the position of men’s artistic director for Louis Vuitton. I find the heritage and creative integrity of the house are key inspirations and will look to reference them both while drawing parallels to modern times”

The CEO and chairman at Louis Vuitton, Michael Burke, is just as thrilled to have Abloh on board, having also worked with him over a decade ago. “Having followed with great interest Virgil’s ascent since he worked with me at Fendi in 2006, I am thrilled to see how his innate creativity and disruptive approach have made him so relevant, not just in the world of fashion but in popular culture”, Burke said in a recent statement.

While Burke believes Abloh’s keen eye for luxury fashion will bring authenticity to the label, “His sensibility towards luxury and savoir-faire will be instrumental in taking Louis Vuitton menswear into the future”, it will be interesting to see how the designer, whose streetwear brand has collaborated with Jimmy Choo and Nike in the past, will merge streetwear fashion with Louis Vuitton’s usual menswear inclination.

In his interview with New York Times however, he established his intention to continue running his personal brand concurrent as he described the disparity between both brands with target markets. “[Off-White] is for the 17-year-old version of myself, whereas Vuitton is for the 37-year-old I am today”. He also intends to continue working with Kanye and moonlighting as a D.J. when he can.

OrangeCulture’s international debut is a win for Nigerian menswear

0000
Previous Article Hear “In Love And Ashes”, an original soundtrack by 2Baba for an upcoming TV series

Next Article Mayorkun and Davido are bringing back a sorely missed ‘R&B-singer-in-the-rain’ sexy on new single, “Bobo”