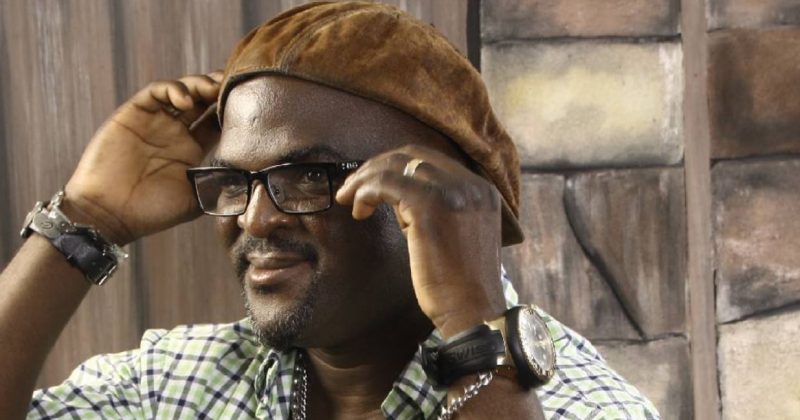 Just in case you forgot, Obesere did it first. He did all of it first

“What will society think?”

Take a second to think about that statement; it is the reason many people hesistate before trying something new.

Nigeria is a conservative society. This makes it difficult for people in the limelight to lead lifestyles that don’t conform to societal expectations without being criticised. Take 2Face for example, who cancelled his protest after critics attacked his personal life, or Denrele Edun, whose sexuality has been the subject of many articles, because he refuses to conform to traditional gender roles.

We occasionally get the oddball, who does whatever the hell they want. And, they own it. Overtime, it is these kinds of people who become the dominant cultural figures of our time.

To influence pop culture is no easy feat and the retained relevance of sub-cultural leaders like Mick Jagger, whose biographer described as “the story of a generation” is largely borne from his expressive and eccentric life. Rock stars by definition, negotiate the world on their own terms, and eventually force acceptance from the rest of the world. Boy George, who made a show of blurring gender lines by dressing in androgynous clothing and applying vibrant make up is another testament to the lasting imprint non-conformists have on popular culture. Names like Alice Cooper, Freddie Mercury and David Bowie all helped change how we perceive fame and its trappings. The rock star life is a flamboyant one and these men took pride in going against convention in every way.

There aren’t many people who are destined to forge their own paths in such a public way. Fela Kuti, for example, has had his life documented in film, print and audio, because like the aforementioned names, he was also an oddball. Abass “Obesere” Akande, has lived a celebrated life, but for a man who got famous off a daring brand that tested the limits of censorship in his youth, you’d have expected a lot more respect for his cult-like legacy.

Abass Akande, otherwise known as Obesere is a Fuji musician who became sensational and highly controversial for challenging all the stereotypes around Fuji music. As Obesere, he created a public persona that playfully embraced androgyny, often appearing unclad or in skimpy, revealing clothing. It is important to note that unlike other artists who embrace androgyny, Obesere does not ‘pass’, he neither has sexually ambiguous features or a face that can pass as feminine. So his androgyny stood out in stark contrast to the more socially acceptable versions out there.

Off screen, speculations of drug use and flamboyant experimental adventures with multiple women became urban legend, perhaps due to his music videos, deemed way too scandalous for the 90’s and early 2000’s. Obesere was one of the first musicians to have a retinue of topless women in his music videos. Not to be outdone by them, he also wore sequined blouses, fishnets shirts with flared sleeves and a beaded cap (worn in his music video for Apple Juice), while his contemporaries were still aping Hip-hop’s baggy jeans and durags. His most successful album, 2002’s Apple Juice featured the controversial busty semi-actress, Cosy Orijiakor, and was almost immediately censored for vulgar content.

What makes Obesere even more of an anomaly is the fact that he was a Yoruba Fuji musician, a fringe genre with a specific audience. His bawdy music and exuberant persona helped him cross into the mainstream, even gaining the attention of Sony records and inking a recording deal, long before our contemporary Afropop stars started making news for their deals.

Female fans at Obesere’s concerts were making ‘No-Bra-Day’ statements since before the internet could tweet about it. Imagine meshing near-naked bodies, in an atmosphere of smoke, gin and vulgar loud music at a location, music that was truly appreciated by a select crowd.

Obesere was popular among men with a quirky dance move with his hands positioned like a gun on his nipples while he wiggled them simultaneously. This became the popular choreograph for men and women attending his concerts and in the music videos too.

He said whatever he wanted, and did as he pleased in a country where even the slightest of deviations from the norm is shunned, all of which became a stepping stone for how artists should embrace the type of legacy they want to leave for generations to come.

With phrases like Tosibe, which translates to “Urinate there!” and Asakasa, (literally: “strange or vulgar talk”), his style was unsettling to the general public. He looked funny, he danced funny, and he was funny. He was at the forefront of raising lyrical content and stage performances to heights never before seen in Nigeria.

In a way, Obesere understood the trappings of pop in conservative society, yet he exploited it for fame by seemingly living his truth. He created wild music and got wild reactions. Obesere was once quoted to have said he chose his style and brand because God told him every other thing had been done, and for him to truly become Obesere, he had to become the undone.

Obesere ushered in a wave of more artists who use their voices authentically, saying whatever they feel and doing whatever they want. We have artists who remain in the proverbial closet when it comes to living alternatively –those who do are ridiculed into changing their ways and keeping to mainstream life. Everything becomes blurred and everyone sounds the same.

We need more Obeseres, more artists who are unafraid and unashamed to make bold statements and live however they want. We need the deviants, the children of Chaos and the ne’er-do-wells who shake us up and make us uncomfortable. Why? Because they are us, the real and true parts of us. They are the reflections of our inner violence and fantasies. They are what we cannot hide.

Check out Obesere at one of his concerts below.

Next Article Let Maayaa Guide You Through “Limbo”