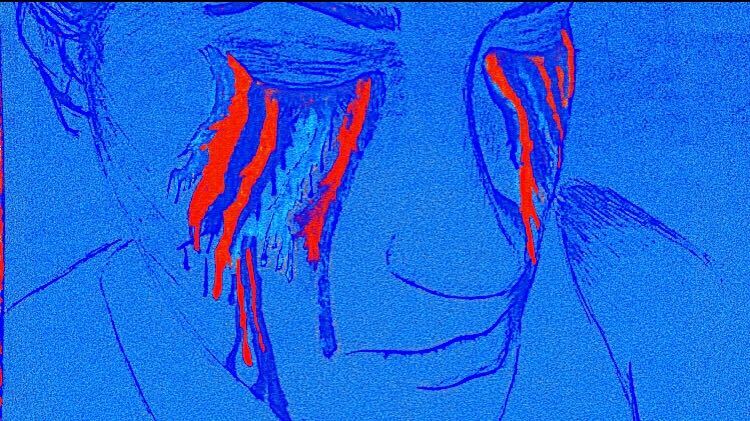 It feels like a lifetime ago when the internet was a place of solace from the grim reality of the outside world, and social media offered us escape from our day-to-day lives. All year, we’ve been meming our way through the pain, from when there was a threat of another World War, to just a few weeks ago when we all collectively trolled the government for placing an 8pm curfew, amidst our fear of the virus spreading even further.

Over the last few days, however, our timelines have been flooded by the tragic events of racial injustice, police brutality, rape and murder and many more horrible things, which doesn’t really leave us the room to use humour as a defence mechanism, cause ain’t shit funny anymore. While we can’t change most anxiety-inducing situations—like a work deadline coinciding with the loss of a close one, or the inescapable need to stay informed yet being overwhelmed, there are factors within our control which can set us up to be the best versions of ourselves as possible.

We know the stress weighing us down has made scrolling through social media particularly daunting, so we’ve put together a little care package we think everyone should make a habit of. The world is crazy at the moment, and we don’t know when it will get better. Take care of yourself.

hello friends, eudaimonia’s sole mission is to help everyone in our hub to aim for the best in every aspect of their lives in order to achieve human flourishing. we are a community that strives to feel and act like family. due to this we decided to pause our daily scheduled content for today because we believe that as a family what affects each of you affects us, we didn’t feel that it would be fitting to post this type of content in a time when as a community we feel defeated, helpless and angry about INNOCENT black men and individuals on our continent being killed senselessly. ultimately it’s difficult to live a flourishing life when our lives are currently in danger because of the colour of our skin or our socio/economic position. we want to use this post to remember the life of George Floyd & the lives of the individuals in the Southern Kaduna killings. we also want to urge you to spend sometime looking after yourself during this difficult time, whether that means switching off or speaking to someone about how you’re feeling. please swipe for some ways to overcome anxiety and depression during a time like this. most importantly be kind to everyone. please share this with anyone you think may need this 🤎 #stopthebrutality #blacklivesmatter #justiceforgeorgefloyd #justicefortina #injustice

There’s a reason Black Mirror episodes are depressing, and it’s because the underbelly of too much technology can actually be a bit of a downer. It’s nearly impossible to have a good day after seeing some news headlines and sometimes, even personal messages can trigger anxiety while trying to interpret a message sent or just waiting for a reply. Using social media as a distraction from dealing with our emotions can backfire at the moment, due to the large amount of disturbing news we’re being presented with today, and it might actually be best for your mental health to just unplug from it all. Spending all that time without a constant distraction forces you to look inwards. You can watch helpful videos on YouTube

This might seem like a no brainer, but we’re not always as honest with ourselves as we think we are. The human mind is very complex and your anatomy only allows you to feel emotions you’re comfortable with feeling. While that might sound cushy, it’s actually not helpful in the long run, because suppressing negative feelings doesn’t actually help you process them enough for you to let it go.

The current climate must make you feel angry, unsafe, betrayed amongst many things as a woman, a black person or just a person with common human decency. When you’ve cleared enough mental space, you gain better access to your thoughts and feelings and become better equipped to let it go, rather than holding on to it and being triggered all over again when something else comes up to upset you.  It’s okay to let yourself feel what you’re feeling, whether it’s angry, scared, sad or overwhelmed by the ills of the world. Do what you need to do.

We’re all aware of the gaslighters, who think this is the best time to remind us that nOt AlL mEn and aLl LiVes MatTer. They have no function but to derail the fight for equality and are best ignored. It’s not your job to teach people how to be decent, and there’s already enough on your plate – you don’t have to take on any more. If someone engages you in a senseless debate, make it known to them that you’re not interested in a back and forth. You’re also allowed to unfollow and block anyone who is contributing negatively to your mental health right now, if you’re not enjoying the content or finding it helpful, you can disengage. It’s very important to not entertain such discussions which are not meant in good faith, especially at this tender moment.

Get enough sleep, food and exercise:

The general recommendation for a good night’s sleep is still 8 hours and even if you feel well-rested after less, you still need more for optimal mental health and cognition. It’s difficult to get some sleep with an overactive mind racing from pole to pillar, so once you’ve gone through the aforementioned tips, it should be easier to get to sleep at night. Sleep deprivation, improper nutrition and a sedentary lifestyle reduces productivity, and it’s important for us to be at our utmost best in these fragile times. We’re all hiding indoors from a virus, so we understand how little motivation there to do absolutely anything, however, it’s best in the long run to reduce chances of anxiety and depression taking over.

As Nigerians, we generally don’t have a culture of being mindful – whether it’s of each other or even of our own selves. Self-care is a necessity, and not some hippie shit as popular media will have us think. It’s particularly important right now to practice self-care in order to not implode. Sometimes (like now) it gets to the point where you just have to turn off your phone, throw on some shades and meditate.

Meditation is like the toothbrush of the mind, and in the same way it’s necessary to brush your teeth every morning, it’s necessary to unclog your mind of racing thoughts and not allow them to control your day. If you can, take 5 minutes out of the day every 3 hours to just be still, do nothing and gather your thoughts, this will clear your mind to leave room for your day to carry on without chaos in your head. Since there’s enough chaos outside in the world, it’s probably best to make sure you’re all good on the inside. We tend to think that mediation has to be a particular thing or that you have to be professional at it to do it, but here’s a tailored mediation for healing trauma in these times, and an interesting video of J Cole explaining how he takes 5 minutes of his day every few hours.

ICYMI: We asked a few millennials about how they cope with their bad mental health days