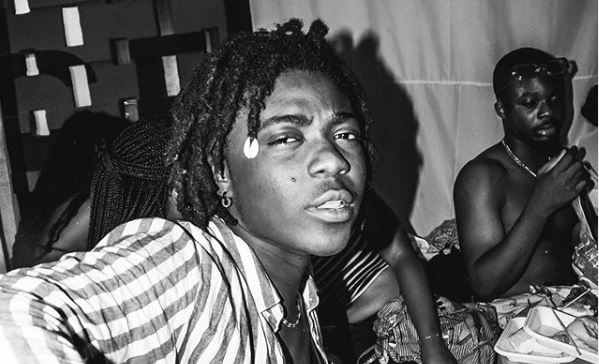 Where were you: “Party in Art” showed the depth of the art scene in Lagos

Banky W already set the gold standard for Lagos parties when he made the tagline “Ain’t no party like a Lagos party” popular. Over a decade later, the city still embraces the challenge to out-party every party in history. The “Party in Art” showcase curated by Ayo Lawson in collaboration with A White Space Agency was scheduled for the last weekend of the month, 29th of February. It hoped to contribute to Nigeria’s contemporary cultural history by combining Lagos’ reputation for partying with the city’s appreciation of art.

On the 29th of February AL curations and A White Space Agency are bringing you PARTY IN ART an immersive Art experience with the aim to bring flair and innovation to the exhibition scene in Lagos. This exhibition features some of Nigeria’s most captivating artists: @iamdanielobasi @femi.johnson_ @mako_od @kemkaajoku @tchhnnh and a Special performance by @deenaade. Music policy by my fav @djcamron Can’t wait to turn up in Art with you. Lets go!!!

There is no queue in front of the ticketing spot set up in front of A White Space Agency’s gates at Raymind Njoku. In typical Nigerian fashion, people are standing outside in groups of threes or fours, carrying drinks that suggest they’ve already been inside and seen the works displayed. However, they don’t seem in a hurry to leave as they talk, laugh and welcome 0thers who pass them on their way in.

Meanwhile, loud music blasts through the speakers inside while neon lights and glow-ink scribbles on the wall immerse guests in the theme of the exhibition. A graffiti installation made by Benin-born artist, Vofo takes up the wall space you see when you walk through the door. It’s immediately apparent that the gallery space is also a dancefloor as couples locked in embrace sway to the music curated by DJ Camron.

Another wall displays works from the featured photographers, Tochihannah, Kemaka Ajoku, Demola Mako, Femi Johnson and Daniel Obasi. Some of the models projected on the photography wall are also in attendance, dancing to the music till Deena Ade’s “Special Performance” set is announced. People gather around for her captivating performance of “Melo” and her latest release, “Bitter”. Her sultry lyrics resonate with the crowd and people pull out their phones to record her and cheer after each song. Though her wistful cooing about physical intimacy draws everyone’s attention, it’s hard to miss the visual direction of her performance as a smoke machine fills the room with mist that give guests extra incentive to capture the moment on camera.

My favourite shot from the shoot. All shots of SOLIS are now live on my website (link in bio). ✨🤞🏽

For activity, people break the fourth wall of the art by interacting with the artists, photographers and models. There is also a different wall dedicated to guests and some take the initiative to scribble their names and brands with glow-ink markers provided for that purpose. With names like Steven Tayo, Solis, Ashley Okoli and Chuzuz featuring on the wall of guests, one might assume the guests were also specially curated to highlight the thought leaders of different spheres of the contemporary youth culture in Lagos. However, the larger majority of guests are of a younger age as the party direction seemed to increase the interest of students in art and inspire the next generation of collectors.