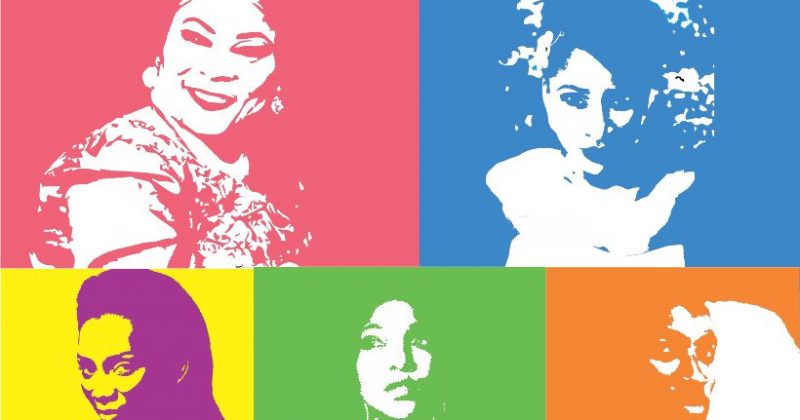 Of overused Nollywood actors and burnt out celebrities

One of the recurring topics that have sprung up around the ‘New Nollywood”s second wave of big budget web shows and direct to cable television content is how cyclical its roster of actors are. The same minimal roster of actors are cycled through the system, appearing in lead and supporting roles on various television shows and web series, sometimes simultaneously.

A prime example of this is actress Ini Dima-Okojie, who gained popularity in New Nollywood late 2015. After appearing on the first season of Ndani’s Skinny Girl in Transit as a guest supporting actress, she was quickly bumped up to series regular in the rushed second season in early 2016. By late 2016, Okojie had already headlined her first film, It’s Her Day with comedian Bovie and was either a series lead or supporting character in three web shows for three different studios and content producers. That necessarily wouldn’t be a problem if all three shows weren’t airing simultaneously. It didn’t help that Okojie was playing the same character trope in all three shows and the movie, a typecast spoilt rich girl who throws tantrums to get her way.

This is about how the industry is failing/refusing to change things and find better ways to discover new incontrovertible talent.

By early 2017, many of active followers of content from New Nollywood were already fatigued by Ms. Okojie, and the enthusiasm with which her earlier work was received was replaced with a more tepid acceptance that we’d all have to see consistently expect her on our screens if we were going to patronize New Nollywood. But she isn’t the only one, overused and underserved. There is Akah Nnani, comedian Bolly, Beverly Naya (consistently reprising that one stereotypical vixen role), Adesua Etomi our perennial ingenue, Makida Moka, Blossom Chukwujekwu, and unsurprisingly, veterans like Ireti Lola-Doyle, Funlola Aofiyebi, Joke Silva and Olu Jacobs who get trotted out to play two dimensional roles as elders, parents and politicians.

But this isn’t us condemning these actors for taking as much work as they can.  The industry is mercurial at best, and often actors have to balance financial decisions with creative ones. This is about how the industry is failing/refusing to change things and find better ways to discover new incontrovertible talent.

Nollywood is infamous for its burnouts. Unlike in more developed industries where a complex system ensures actors have to remain in fighting fit shape physically and intellectually to continue to land complex leading roles, the Nigerian film industry tries to capitalize on instant popularity of actors who rise up the ranks and find a fan base, literally cashing out on them by throwing as much work their way as possible. This system is unsustainable, and often unfair to these actors. In response, many of the stars of Nollywood’s first and second waves a have currently left the industry to live fairly ordinary lives away from the chaos.

Actors like Sandra Achums, Pat Attah, Regina Askia, Eucharia Anunobi, Jennifer Eliogu, Benita Nzeribe and Rita Nzelu, Charles Okafor, Hanks Anuku; all sex symbols at the height of their fame had at most, a ten year life cycle in the industry before burning out. Their careers were ended by a mixture of overexposure, a lack of proper management and the allure of a steadier life away from the uncertainty of an industry that banned several of its biggest actors for demanding better wages. Askia is now a registered nurse, Achums and Nzeribe fell headlong into marriage and raising children abroad, Hanks Anuku (ever the drama queen) denounced Nigeria and took a Ghanaian name.

The few actors from that era that have remained have had to take long breaks from acting to reinvent themselves. Stephanie Okereke, Omotola Jolade Ekeinde, Rita Dominic and Genevieve Nnaji have all cut down the number of films they make each year and branched out into directing or producing their own award winning films. Not every actor can take on the financial challenges of privately funding a film, so how then can we parse the problem and protect the actors of ‘New Nollywood’?

Nigeria is gifted with actors, you find them on Instagram, they’re on stage every sunday at church drama performances, they are performing at open mics in their spare time. However, these actors are never scouted by agents or film studios, because there is no culture of seeking out excellence.

We have to look at the framework into which the actors fit, particularly the people who finance Nollywood.

What are the intentions of the average Nollywood producer? To cash out, and if the stars align, make a decent movie in the process. The same financiers are behind the majority of the content Nollywood creates and their goals are simple; profit. If that profit means using the same ‘hot’ actor for several simultaneous projects, they will push for it. These financiers look at films that have been commercially successful and try to cement those films as the universal standard for how Nigerian cinema should work. That means they don’t go out of their way to seek directors and actors that will challenge that status quo.

Nigeria is gifted with actors, you find them on Instagram, they’re on stage every sunday at church drama performances, they are performing at open mics in their spare time. However, these actors are never scouted by agents or film studios, because there is no culture of seeking out excellence. Many of these actors already have comfortable lives, and steady jobs that ensure they can pursue their passion without compromising on quality. Actors like this need to be convinced to work on a project either with an excellent script, or financial incentives that far outweigh what they could earn on their own. Good scripts cost money, and Nollywood, both traditional and new, in their current incarnations is all about maximal profit from minimal investment. So these actors stay undiscovered.

Instead what we have is the ‘open casting’ method. A method largely abandoned in more developed industries. The open casting method often offers no information about the script and the possible characters actors can read for, often setting their casting dates at times that automatically preclude actors with other jobs, older actors and actors with disabilities.

What the dragnet eventually brings in are the lowest rung, amateur actors for whom acting is a desperate last resort, a chance to ‘blow’. Actors for whom any role is a triumph, any opportunity is taken without consideration for whether the opportunity is commensurate to their skill level or complementary to their talents. A casting director would be incredibly lucky to find an actor with the kind of raw talent Bisola Aiyeola has from an open casting, and near impossible to find an actor with the skill and range of a Liz Benson or a Hilda Dokubo. When they do luck out, the cycle of overexposure starts anew.

This isn’t a problem that can simply be solved by abolishing open castings. Our industry needs a viable framework of legislature that protects the rights of actors, a distribution network that ensures investors can put their money behind unconventional ideas and know they are protected from piracy and a network of agents and casting directors that seek out excellent actors from their churches, schools and community drama groups, and help them make the transition on to the big stage. They also need managers who can put their foot down and refuse work, terrifying as that may sound, and help them expand their portfolios with other sources of income so desperation doesn’t become the motivation for taking any role.

Sure Nigeria has nearly 200 million citizens but we can’t keep burning out our biggest stars, eventually we will run out.