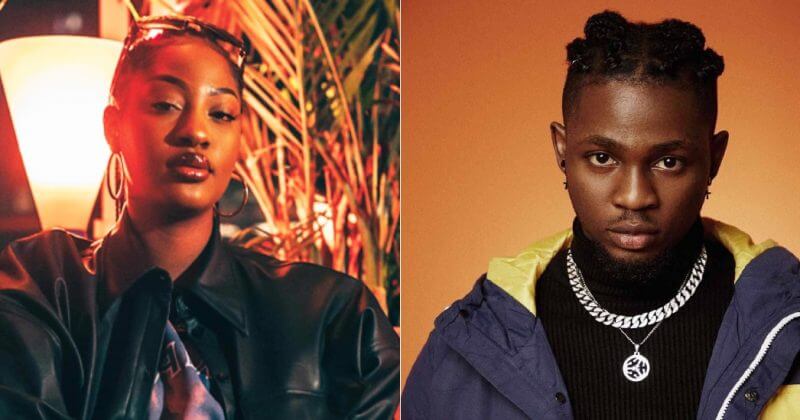 In the past two months, citizens of both Nigeria and Uganda have challenged their governments to end unnecessary and cruel police brutality rife in both countries. Over the weekend, reports reached social media that Tems and Omah Lay were being held in custody along with Tems’ manager, Mayowa Awoniyi in relation to a concert hosted in the country by Kasana Events. The event titled The Big Brunch: Afrobeats Edition was advertised to feature both Tems and Omah Lay as the headliners of the musical night.

Ahead of the show, local artists including singer Bebe Cool had complained about the concert, citing that Ugandan artists had faced serious blows to their performance income when COVID-19 hit the country back in March. However, the concert was held on Saturday as scheduled, and shortly after, both artists were taken into police custody. The news of the arrest was shared by Kampala Metropolitan deputy spokesperson, Luk Owoyesigyire, who shared details of the artists’ arrest alongside the manager of the venue, Dungu Ivan and the events manager, Prim Kasana.

The earlier plans of releasing them on police bond, were suspended after their casefile was sanctioned by the Office of the DPP.
They were jointly charged with four other Ugandans. All remanded till Wednesday 16.12.2020.

The trio were initially set for release earlier today on police bond, however, according to the official Twitter account of the Ugandan police, their case file was sanctioned by the Office of the Director of Public Prosecutions. They were jointly charged along with four other Ugandans, all remanded until Wednesday, December 16. They are now facing charges of negligently engaging in acts likely to spread infectious diseases contrary to C/S 171 of the country’s Penal Code Act.

According to Omah Lay’s Twitter account, the trio have been denied access to a fair trial and are being remanded for organising a show they were merely invited to perform. The singer also shares that the Ugandan authorities have refused the counsel of Nigeria’s Ministry of Foreign Affairs who have been working to secure bail to no avail for the three Nigerians involved. Many Nigerian artists including Burna Boy, Olamide, Rema, Fireboy DML and more, have now shared the hashtags #FreeOmahLay #FreeTems on social media to garner enough online attention to demand better treatment of Nigerian citizens by the Ugandan authorities.

Moe Odele, an attorney heavily involved in procuring the release of #EndSARS protesters back in October, has now shared that she is reaching out to a pool of lawyers in the country to find out what can be done to help both Omah and Tems and her manager, Muyiwa.

Finally @temsbaby & @Omah_Lay are take to Kitalya prison and Tems is taken to Kigo prison, Omah Lay is taken to kitalya prison until 16 Dec2020 and the event orginisers /Promoters and they will have to appear to High Court on Wednesday pic.twitter.com/0gxe650IW1

Update: According to a Ugandan artist, Bebe Cool, Tems and Omah Lay have now been released. The singer posted a release order from the Chief Magistrate Court of Makindye, following the withdrawal of their case from court. We are glad they have been freed and are wishing them all the best.

0000
Previous Article Wizkid, the epitome of what it means to be made in Lagos

Next Article Introducing: NATIVE Sound Radio on No Signal