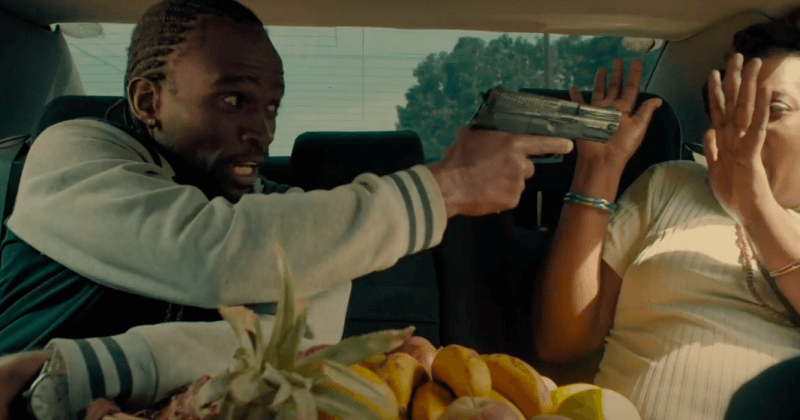 How Netflix is catalysing the Mozambican film industry

Against the recent acquisition of Netflix’s first ever movie from a Portuguese-speaking African, Nicolas Nhalungo explores the history of the Mozambican film industry, explaining how Netflix might be the key to Mozambican cinema finally living up to its intended purpose.

New York Film Academy (NYFA) alum, Mickey Fonseca’s latest project, Redemption has garnered international recognition since its pivotal release last summer. Selling out across Mozambican cinemas in the days following its July 18th premiere, a year later, the film has now been made available for global streaming on Netflix. On July 30, 2020 the young director achieved a feat that no other director has to date; and Redemption has become the first-ever Mozambican film to be featured on Netflix, the world’s largest streaming platform that caters to around 190 countries. It’s also the only film in Netflix’s catalog from a Portuguese-speaking African country. Written, produced, and directed by Fonseca – who co-owns his own filming production company with Pipas Forjaz, Mahala Films – this achievement serves as evidence of the impact digitalisation has had on the African continent, particularly in extending resources to African creatives.

Redemption (Resgate in Portuguese) is one of Mozambique’s few independent films. Edited in South Africa and Portugal, it follows the life of a young man dealing with the aftermath of his involvement in criminal affairs. The film highlights ongoing issues within Mozambique, particularly the kidnapping of entrepreneurs. Screened around the country and in Portugal, with a relevant message and stellar production, Redemption received critical acclaim, so much so that the creators were motivated to distribute the film to a wider audience. When picked up by Netflix with the hopes of a wider reach the film was dubbed in English, and its distribution extended to Kenya.

To truly understand the significance of this milestone we must examine the history of the film industry in Mozambique, and the politics behind it. In the early ‘70s, FRELIMO (the Mozambique National Liberation Front) and the country’s newly appointed president, Samora Machel, believed that films could be an incremental tool for its people. Creating a National Institute of Cinema (INC) – Mozambique was the only African country to have a film institute instated immediately after independence – President Machel pioneered a cultural wave in the country, founded upon film. Due to the country’s Marxist-Leninist ideology, that attracts creative workers with its socialist philosophies, the Mozambican INC were able to attract several filmmakers, including Portuguese-Brazillian director, Ruy Guerra (Mueda, Memoria e Massacre), Jean Rouch (Moi, un roi) from France, and the French-Swiss film critic, screenwriter and director, Jean Luc Godard (Bande À Part). These three were part of the most prominent cinematic movement in the 1960s and were privileged enough to be part of the birth of cinema in Mozambique.

Led by the President, with the support of the ruling party, the nation went on to produce films that were intended to empower and mobilise the Mozambican people, though, counterintuitively, the moulding of Mozambican cinema was primarily conceptualised by foreign filmmakers, since Mozambique did not have the resources to forge their own cinemascape alone. To boost the local film industry, President Machel’s first cultural mandate was to establish the Kuxa Kanema weekly newsreel program, sharing this via the few newly erected cinemas that were scattered across the country and mobile units provided by the Soviet Union, which enabled movies to move around the country in order for cinema to reach the masses.

Many of the earliest films produced in the nation are difficult to find these days, as many were lost as a consequence of a socio-political transformation – consequentially, along with the loss of the captured footage of the first 11 years of independence, so has that period of time been forgotten from history. In part due to the socio-political transformation, which came with a lack of financial motivation to continue investing in the industry, economic difficulties in the country, and perhaps even the absence of acquired knowledge, unlike its neighbouring country South Africa, or further north, Nigeria, Mozambique still only has a relatively small but growing film industry – it’s comparatively smaller movie industry could also be attributed to a later independence. Today, Mozambique still has only a handful of functioning theatres across the country, but that has not stopped the country from hosting a number of annual film festivals. The Dockanema (the country’s first film festival in 2006), Kugoma, and The European Film Festival, thrive in the country and also invite hosts of international audiences. Mozambique film festivals such as. Additionally, Mozambique has proven to be an attractive destination – known for its colonial architecture, tropical islands, and large biodiversity – for filming; in the past, films like Blood Diamond, Ali, Diana, Generation Kill, and The Interpreter shot scenes on the picturesque landscape. Now, with the acquisition of Redemption by Netflix, Mozambique has now become a destination for digital consumption, as well as scenic exploration or festival going.

Over the years Netflix has been pushing to obtain more African media, inviting African creatives to tell their stories, giving them a platform to share the multiple African perspectives that are so often silenced. Looking to be a leader of inclusivity and diversity in our global society, by featuring a film like Redemption in their catalogue, Netflix continues to live up to their aims, however the question can still be asked, are Netflix doing enough?

Reportedly 5-10 African films are added monthly, most of which come from Nigeria’s booming movie industry, Nollywood, however; and whilst Netflix brand themselves as an inclusive streaming service, they’re yet to host in the majority of African countries. Most African content currently comes from Ghana, Nigeria and South Africa, the largest African film industries on the continent. In this regard, African cinema is still one dimensional in the way we are presented to the world, with the West African perspective dominating what is consumed as ‘African’ media. Still, as the streaming giant takes small steps to achieve a truly global catalogue, Netflix is also setting itself up to be the vessel that delivers African cinema to a global audience, acting as a catalyst for local industries to finally reach their full potential, or in the case of Mozambican cinema, realising its intended purpose.

Although few, films produced by Mozambican filmmakers are not simply produced for entertainment value, but carry with them important messages, reflecting the vision pioneered at independence by President Machel. Post-independence presented a great need to deconstruct the narratives produced by Portuguese colonists of Mozambican people being depicted as dependent, incapable, and small-minded; Machel hoped cinema would (re)educate the masses. Fonseca’s Redemption achieves this, and through its success, the film promotes and celebrates this quality in Mozambican cinema on a universal scale. In a country that gets relatively little support for creative endeavours, having an awarding film featured on a streaming service as far-reaching as Netflix presents multiple opportunities, paving the way for more films like it to garner the international critical acclaim Redemption boasts so far.

Granted, with the global stay at home mandate and people being locked at home, able to binge from dusk to dawn, it was in search of something new and different that many stumbled upon Redemption. Regardless of how the film was found, be it fate or chance, mistake or design, Mozambican cinema has finally been given the fuel to grow beyond her borders into the socially empowering tool it was always meant to be. Redemption stands at the helm of this movement, but it shouldn’t stand alone; these are the top five films this writer believes deserve a spot in pushing forward this Netflix-assisted digital charge:

On a dangerous train journey through war torn Mozambique, civilian passengers witness the painful duality of an ill-disciplined military force, who are on board with the purpose of protecting the passengers, fighting off the rebel army lurking in the bush, but also use their status to harass the innocent civilians. In the end, they must all work together to repair the sabotaged train track.

The locale of Tizangara, Mozambique is plagued with a number of mysterious explosions that have taken the life of several soldiers in a short space of time. To investigate the concern, a Portuguese soldier Massimo is appointed to the case, accompanied by a local, Joaquim who is charged with translating both the words and the facts, in order for clarity to be gained and the mystery solved.

On 16 June 1960, acting out their orders from the Portuguese governor, the Portuguese army executed 600 inhabitants in Mueda, Mozambique. Said to be Mozambique’s first feature-length film, Mueda, Memoria e Massecre blurs the lines between documentary and fiction as it narrates this the harrowing chapter in the history of Mozambique, a moment which is popularly connected to the birth of the national liberation struggle that ensued in 1994.

The year is 1975, Mozambique is being reborn as an independent nation. Not without violence and trauma to its many citizens. It is in this politically turbulent time that a 16-year-old Margarida is caught between the crosshairs of a plight to cleanse the streets of Maputo of its prostitutes. Taken by mistake, Margarida’s story draws on real life accounts from women living through this particularly androcentric period in Mozambique history.

Kuxa Kanema: The Birth of Cinema is a documentary on the INC, President Machel’s vision, the INC and Godard’s proposal to set up an independent television network as the INC struggled to get up and running. The film, which was released on DVD and has played at a number of film festivals, delivers rare footage from INC original films, and tells the compelling history of Kuxa Kanema (which translates to The Birth of Cinema).

As an aspiring Mozambican creative, it is inspiring to see new opportunities for my country to exhibit our many talents. The birth of Mozambican cinema may have been years ago but Netflix has brought an exciting prospect as we may possibly witness major growth in Mozambican cinema. As Mozambican films gain international recognition it is time for the country to invest more to help local creatives and to propagate the Mozambican narrative.

Nicolas Nhalungo is a writer and researcher whose interests include mental health, intersectional feminism, pop culture, travel, fashion and sustainability.

Next Article Listen to TOME’s three-pack single release, “I Pray”