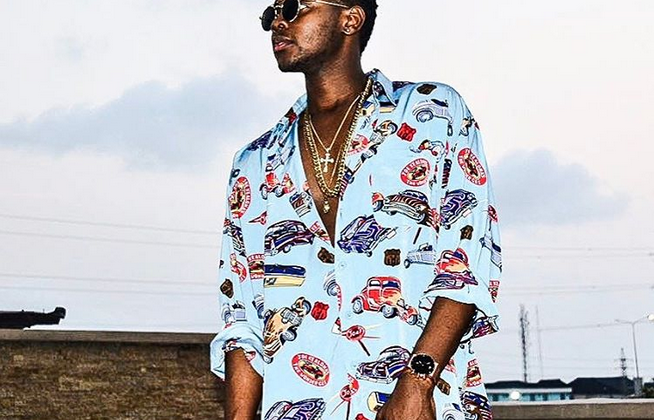 In the age of increased awareness of gender politics, feminism and Google, it’s always a wise choice to backtrack and crosscheck to make sure you don’t ignorantly make an offensive statement. However, people don’t always make the wise choices. If anything, the stupid choices always stand out and the higher the status of the person, the more in-your-face the slip ups are. Going by Mel Gibson’s social pariah status, one would think anyone especially public figures would know how to convey their ideas without being overly offensive. Sadly, Kiss Daniel showed us over the weekend that that might be asking for too much.

Over the weekend, Twitter went bonkers when a snippet from his Punch interview surfaced where he said:
“I like ambitious women who are intelligent, can think for themselves and envisage the future.
There are some women that can tell you a lot of ways to properly spend and invest N10m and you would be amazed.
That is the type of lady I want, a woman who can drown you in her thoughts.

I don’t want the type of woman that would only think about how to twerk and spend your money.

I like twerking and I’m not saying it’s bad but when it comes to choosing the woman I would live with for the rest of my life, I think intelligence is more important.

There will come a time when ladies would not be able to twerk again because of old age.”

In his defence, he said “only”, referring to women who can only twerk and spend money as he succinctly put it. However, his seemingly innocent statement is quite problematic as it mirrors the widespread notion that women can not be multi-faceted beings like men are. A woman isn’t just restricted to being only an intelligent prude or a just a money-guzzling twerker. This Madonna-Whore complex theory is the assumption that the traits we value as stereotypically “feminine” are directly at odds with embracing one’s sexuality. That a person can’t be kind, understanding, intelligent and also sexually empowered. That they have to be one or the other.

Though this might just be an innocent slip-up, it won’t hurt him to educate himself so it doesn’t happen again.